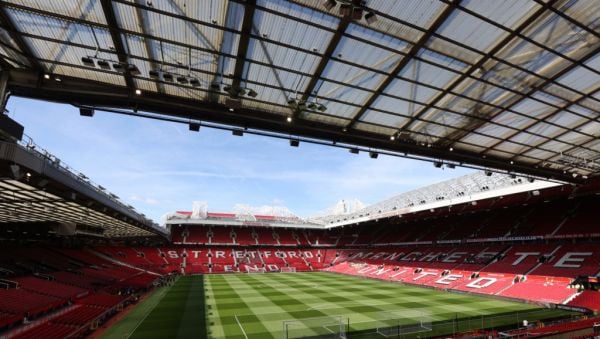 Some supporters were heard using homophobic language against Everton manager Frank Lampard, who previously played for and managed Chelsea.

“We stand firmly against all forms of discrimination and we are striving to ensure our game is a safe environment for all, which truly embraces diversity and challenges hateful conduct both on and off the pitch,” an FA spokesperson said.

In a statement, United said: “Homophobia, like all forms of discrimination, has no place in football. Manchester United is proud of our diverse fan base and the work we have done to reduce instances like we sadly heard today.”

Everton added that homophobia does not have a place in “our stadiums, our clubs, our communities or our game”.

“The club has a zero-tolerance policy on all forms of discrimination and welcomes the statements from The FA and Manchester United,” Everton said in a statement.

The chants were also called out by ‘Rainbow Devils’, a Manchester United LGBTQ+ supporters group, who tweeted: “We strongly condemn the taunting of Frank Lampard with the illegal and homophobic chant from a section of our fans and call for the club to take action.

“We call on (United) to do everything in their power to identify the culprits and deal with them in the strongest possible manner.”

Everton were eliminated from the FA Cup after Conor Coady cancelled out Antony’s opening goal but then put the ball in his own net to restore United’s lead, before a late Marcus Rashford penalty sealed their fate.

Earlier this week, Nottingham Forest said they were investigating allegations of homophobic chanting directed at Chelsea supporters during a 1-1 Premier League draw. -Reuters