Hospital overcrowding should be treated as ‘national crisis’ 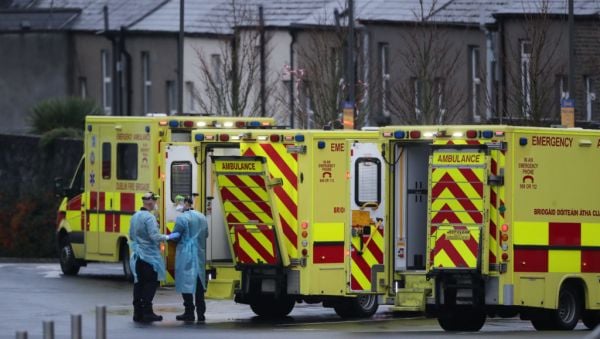 Overcrowding problems in hospitals should be treated as a “national crisis”, the Irish Nurses and Midwives Organisation (INMO) has warned.

The union will begin to consult its members in the week ahead over the possibility of taking industrial action amid claims of unsafe staffing levels.

Last week, the State recorded its highest ever number of patients waiting for a hospital bed on a single day at 931.

The number has decreased in the days since as the Department of Health and HSE moved to address the overcrowding issues.

What has transpired this week in our hospitals was totally avoidable. Nurses are now expected to crisis manage a situation that isn’t of our making.

The INMO Executive has agreed to begin a period of consultation with our members on industrial action.https://t.co/QmgoeLbmKV pic.twitter.com/oUUmbsf4EV

More consultants and senior decision makers were deployed in hospitals over the weekend to ensure a more consistent flow of discharges across Saturday and Sunday.

On Sunday afternoon, 209 people were waiting on trolleys or chairs for a bed in acute hospitals across the country, 139 of whom had been waiting more than nine hours.

“We know that there is an inability to act fast enough, despite all of the issues being raised in the middle of the summer of this year, both with the HSE and with the department by our union, we still have the same problem that was entirely predictable,” she told RTÉ Radio One’s This Week programme.

“It’s simply not good enough to expect staff to just put up with that and they’re saying very clearly to us it’s not their intention to put up with it.”

“We do not accept the conditions under which we’re providing care to them.

“We want them to stand with us and also raise this as a national crisis.

“It is simply not acceptable that every single year around this time we have this crisis because the effects of the crisis for patients actually is that they’re dying unnecessarily.

“Now, if that isn’t a stark enough issue to get all government action, we don’t know what is.”

Former HSE chief Tony O’Brien said there was a need for “fundamental change”, as he warned there was an “insufficient” number of beds within the hospital system.

“It’s not so much an annual event now as a permanent situation,” he told the same programme.

“It’s true that we have the worst situation annually in the first few weeks of January, but there is a reality that a high level of trolley-waiting, as well as waiting lists, are now a permanent feature of the system.

“And, so, it’s not just about fixing it with short term measures in January, it’s about a fundamental change.”