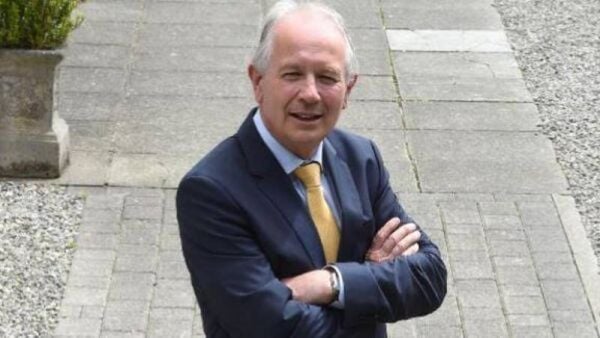 Tánaiste Micheál Martin has led tributes to Cork GAA commentator Paudie Palmer who has passed away from injuries he sustained in a hit-and-run accident in Innishannon in West Cork on December 29th.

The 65-year-old from Templenoe in Co Kerry worked for C103FM and as a teacher in Bandon, Co Cork. He is the uncle of Claudine Keane who is the wife of former Ireland International Robbie Keane.

Following the accident Claudine took to social media to ask for prayers for her “lovely, talented and charismatic uncle Paudie”. She said that Paudie was also her godfather and was much loved by his family and friends.

Mr Palmer is survived by his wife Colette, his daughters Claire and Emily, his three brothers Denis, Richie and John, his grandson Lucas, his extended family and a wide circle of friends.

Speaking this morning at the Lough in Cork Mr Martin said that Paudie had been part of the lives of all those who loved sport for “many many years”.

We kind of relished every word he said.

“We kind of relished every word he said. He had the respect of all those involved in Gaelic games in particular and in the world of sport more generally because he had wonderful insights in to the game. We will miss him greatly.

“He was such a distinctive voice, particularly through radio and in newsprint in the Echo. We all looked forward to reading them (his reports. He always had the capacity to generate great debate around the sport and I think people in sport in general will mourn him.

“Our hearts go out to them (his family). It is an enormous loss to them. To the wider supporting community this is also a huge loss. “

Lord Mayor of Cork, Cllr Deirdre Forde, said the death of Paudie was “an enormous tragedy”.

“He was much loved. He was a great colleague. He was so popular and kind, and I am sure his loss will be deeply felt by his colleagues in C103FM and also by his wider circle and of course his family.”

Meanwhile, Kieran McGeary, CEO of Cork’s 96FM and C103FM said that Paudie was “a great character and a gentleman”. He added that it would be hard to imagine their commentaries without the distinctive voice of the great Paudie Palmer.

“I always enjoyed his company. He was extremely popular as a commentator, very very witty. He was a great commentator. On behalf of all the management and staff I want to extend our condolences to his wife Colette and his family. Our thoughts and prayers are with them at this difficult time.“

A 33-year-old man has appeared in court charged in connection with the hit-and-run incident in Innishannon on December 29th last.

He will appear before Bandon District Court again on January 19th next.