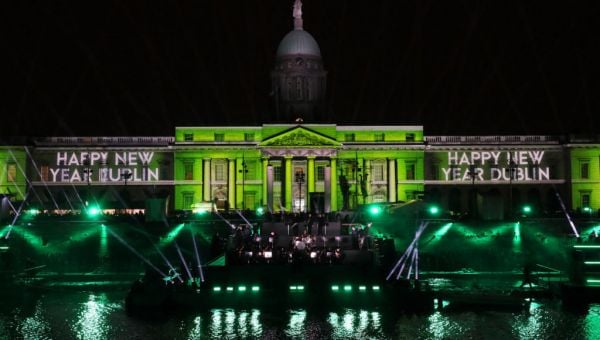 Budget constraints of Dublin City Council are dictating how New Year’s Eve is celebrated in the Capital.

A vote by 57 councillors at the first monthly meeting of the Council unanimously backed the call to have the issue discussed due primarily to costs of running such an event and how it should be funded in the future.

A further meeting on the issue on whether the Council should pay for the next New Year’s event if it should remain privatised due to budget and safety concerns is to be discussed later this week.

For the past four years, the Council has licensed the New Year’s festival but has privatised the event due to costs.

Social Democrats Tara Deacy brought the issue to the attention of the Council over concerns that the largest authority in the country did not ensure that the nighttime celebrations were not family friendly in the Capital. Cllr Deacy also pointed out that the ticketed night-time event shut out many of the population who could not afford to attend.

Cllr Deacy said: “Surely we [the Council] have a role here. I, along with others, are worried that the New Year’s Eve festival will become another privatised event with only a few being able to afford the tickets. The Council needs to reinstate this again next year to all.

“This has to be addressed urgently. Even if we have a ticketed event we should have something to run concurrently for those who cannot attend any paid event.”

Green Party councillor Carolyn Moore said that “as a city” New Year’s should be marked and celebrated. “It doesn’t have to be expensive. I really don’t know of any other city with nowhere to go and nothing to see.”

A Council official told councillors that it the New Year’s event is expensive, and that “there are safety and security concerns involved. We don’t have your classic plaza (where such an event can be held. Winter Lights cost just north of €1m for 25 days, extend that out to New Year’s Eve, and it would cost another €250,000 at least.

“If you want to do something serious you need to put serious money behind it but it’s all down to budget. All the big stuff needs to be budgeted. Even a modest charge ensures people turn up. We are having a wider review later this week with the Strategic Policy Committees (SPC).”

Owen Keegan Council Chief Executive said it would be remiss to dismiss a State Agency involvement.

Ringing in the New Year

The 2023 Festival was licensed by the Council, with the involvement of Fáilte Ireland and delivered by MCD Productions. The nighttime event was ticketed with performances by Westlife, Lyra and Gavin James.

The festival is organised by the Council, Fáilte Ireland and is delivered by MCD Productions.

Westlife performed along with Gavin James and Lyra performed at the part of the Festival in Dublin on the North wall Quay.

The format of the event changed slightly in comparison to previous years with no concert taking place but the main focus being on the Midnight Moment and the fireworks display on the river to ring in the new year.

There was a festival set up along both North and South Quays with numerous hubs of live music, food units and bars.

The event consisted of a New Year’s Eve Matinée from 4pm to 7pm of all age ranges, then a 30-minute performance will start at 6.30pm building to the earlier countdown celebrations scheduled for 7pm.

Michael Slattery Associates on behalf of MCD Promotions and Fáilte Ireland were involved in a firework display on pontoons positioned in the River Liffey, from Samuel Beckett Bridge as far down as the Tom Clarke Bridge.

In addition, there was a barge located on the east side of Tom Clarke Bridge which will fire aerial shots.