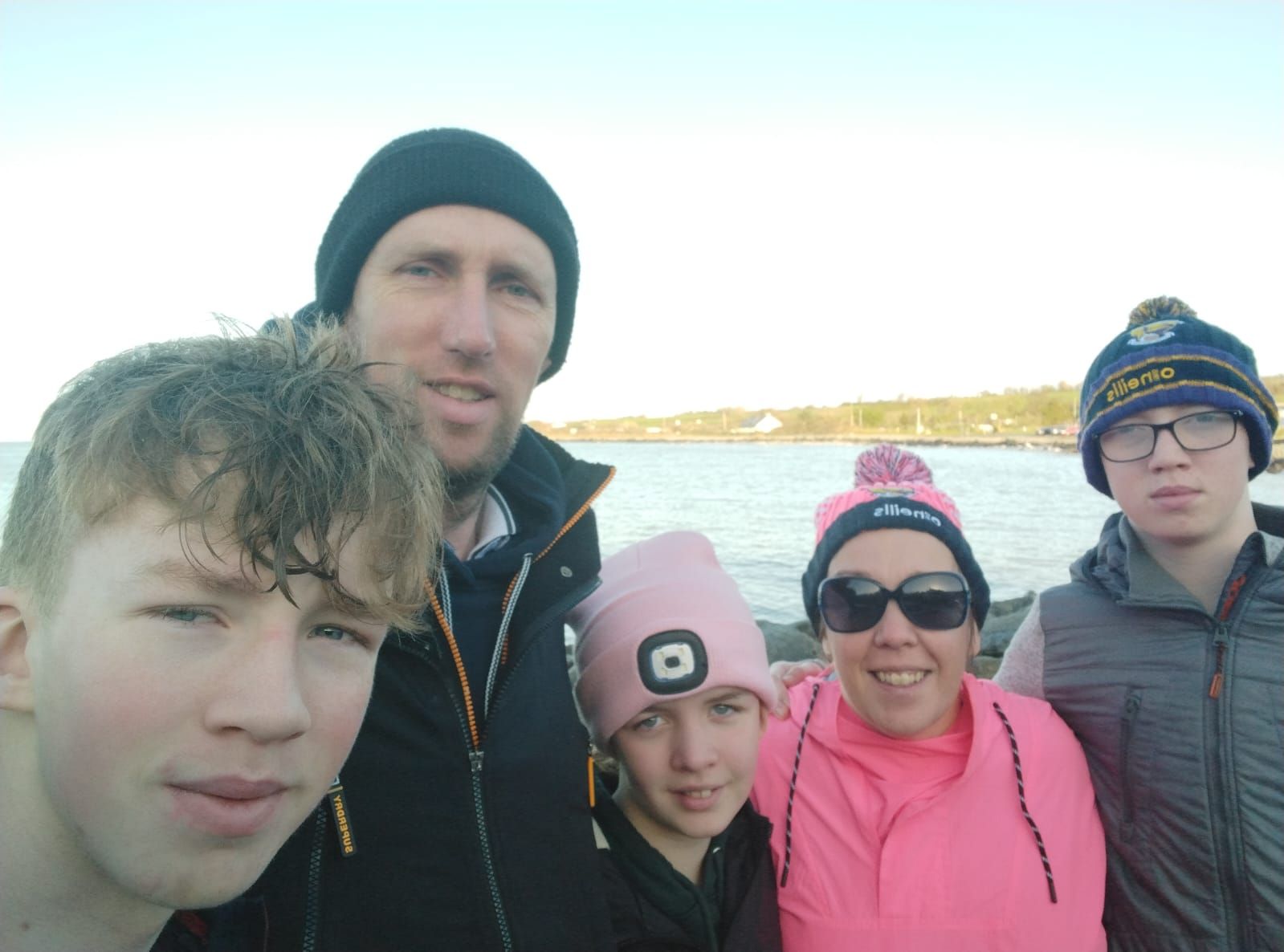 Lorraine with her family, Jack, Anthony, Katie and Patrick

A “LIGHTBULB moment” prompted a busy teacher who is originally from Borris to put her name forward for this year’s ***Operation Transformation*** programme.

The popular fitness and weight-loss programme, hosted by Carlow’s very own Kathryn Thomas, traditionally kick-starts the year on RTÉ One as six ‘leaders’ undertake to change their lifestyles, learn to cook, get fit and lose weight. Lorraine Dempsey, originally from Borris but now living in Co Wexford, is one of this year’s leaders after she was prompted to enter the show because a health scare as well as her family history.

She recently underwent back surgery, while her beloved mother Hannah has undergone gruelling cancer treatment since March. Lorraine is also approaching her 43rd birthday, which is a poignant reminder of how young her dad Jonjo was when he died suddenly at the age of 53.

“My mother getting sick and my father dying so young were the catalysts for me. That was the lightbulb moment for me. Someone told me that if you don’t look after your wellness, you’ll be forced to look after your illness. I’m replaceable in work, but not at home. I want to be around for my husband, children and family,” Lorraine told ***The Nationalist***.

Lorraine was well known in her locality for her involvement in Macra, having served as county chairwoman at one stage as well as representing Carlow in the Queen of the Land competition in 2004. “I wouldn’t fit into any of those gúnas now!” she laughed.

Lorraine is principal of St Patrick’s NS in Wicklow town and lives in Boolavogue, Co Wexford with her husband Anthony and their three children Jack, Patrick and Katie. With a very busy house and a busy school, Lorraine is juggling a lot.

“Everyone’s been so supportive … the parents have been brilliant. I was a bit nervous about going on the programme because I have a job in the public eye, but the support has been phenomenal. I’ve gotten so many messages, I haven’t even had time to reply to them all!” continued Lorraine.

***Operation Transformation*** has come in for criticism in recent years, with detractors accusing the programme of body shaming and putting too much emphasis on weight loss. This year, the format has been tweaked slightly, so the leaders aren’t given a weekly target weight to reach and the emphasis now has a more holistic approach.

“I want to get something from this that I can sustain in my life, that I can bring into my workplace and into our home. I’m getting close to my dad’s age (when he died) and I want to be here for a long time. I’m trying to future-proof my own life,” concluded Lorraine.

***Operation Transformation*** airs on Wednesdays at 9.30pm on RTÉ One.