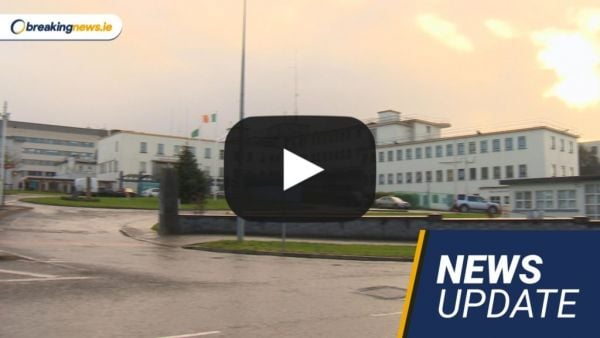 More than 200 medicines are now unavailable to Irish patients, which includes treatment for chest infections, strep-throat, pneumonia and blood pressure.

The analysis compiled by industry experts also found 11 of these medicines are deemed critical by the World Health Organisation (WHO).

Penicillin-based antibiotics used to treat bacterial infections are currently ‘unavailable from any supplier or source’ according to the data compiled by Azure Pharmaceuticals.

In total, 212 medicines are currently unavailable in the country – up from 25 last month.

There were 489 patients waiting for a hospital bed on Monday morning, according to figures from the Irish Nurses and Midwives Organisation (INMO).

The data shows a marked improvement on last week’s record-breaking figures, when over 900 patients were waiting for a bed in hospitals around the country on Tuesday.

On Sunday, the INMO said the overcrowding problem should be treated as a “national crisis” as the union is to begin consulting with members over possible industrial action due to claims of unsafe staffing levels.

Britain’s Prince Harry has given the first two of four television interviews about his controversial autobiography Spare.

During an interview with ITV, he accused his family of “getting into bed with the devil” to improve their image, and called his father’s wife Camilla a “villain” who has fostered relationships with the British media in an attempt to “rehabilitate her image”.

He also condemned Jeremy Clarkson’s “cruel” article in the Sun newspaper about his wife Meghan, which Harry said encourages people around the world to believe it is an acceptable way to treat women.

At least 300 people have been arrested in Brazil after thousands of ex-president Jair Bolsonaro’s supporters stormed Congress, the Supreme Court and presidential palace then trashed the nation’s highest seats of power.

Authorities, including the federal district’s civil police which tweeted the arrest numbers, were investigating following scenes of chaos and destruction reminiscent of the January 6th, 2021 insurrection at the US Capitol.

The protesters were seeking military intervention to either restore the far-right Bolsonaro to power or oust the newly inaugurated leftist Luiz Inacio Lula da Silva.