Brendan Rodgers: I’m a decent coach, not a magician 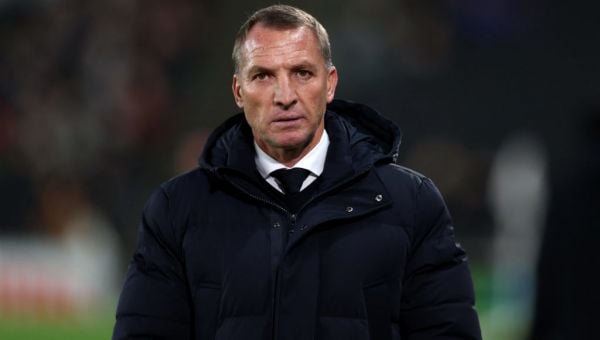 Brendan Rodgers insists he is not a “magician” as he battles to keep Leicester challenging for silverware.

The Foxes go to Newcastle in the Carabao Cup quarter-final on Tuesday with Rodgers admitting his job is becoming trickier.

He is hopeful of new recruits this month after Wout Faes was the only outfield signing last year – coming after the £70million departure of Wesley Fofana to Chelsea.

Newcastle’s Saudi-led takeover in 2021 changed the dynamic in the Premier League and Rodgers feels the new money in the top flight has made it harder for teams like Leicester.

“I think I’m a decent coach, but I’m not a magician,” said the Foxes boss.

“Compare that to our competitors, like Aston Villa, West Ham, Newcastle. It’s over £250million. It’s a big difference.

“If you look at Newcastle’s net spend in the last year, along with the fantastic coaching of Eddie (Howe) and his staff plus the infrastructure from where they were to where they are now, they’re looking to build and create something.

“They’ll do it wisely and sensibly, but they have the resources to do that. So that’s the modern game and there’s no doubt they join that bracket.

“Look at some of the other teams – Aston Villa’s net spend over the last few years, West Ham too. It’s becoming a real challenge.”

Of the last 18 winners of the League Cup only Swansea and Birmingham have come from outside the traditional big six while just the Foxes and Wigan have broken that stranglehold in the FA Cup in the last 15 years.

Leicester’s shock Premier League win in 2016 is also the exception and Rodgers wants fans to believe trophies are possible, despite the difficulties.

He said: “You have to look at the reality of it. It’s so important for every club that supporters can dream, but there is a reality to it and a reason why the trophies have been won in the main by the biggest clubs with the biggest resources, that’s natural.

“It does not stop us trying any harder or working any harder and we’ve proven in the two games at Wembley (FA Cup and Community Shield) we can take a trophy home.

“That will never cease while I’m here because that’s what we want to do and I know the players are very keen to do it as well.”