On this day in 2006: Patrice Evra joins Manchester United 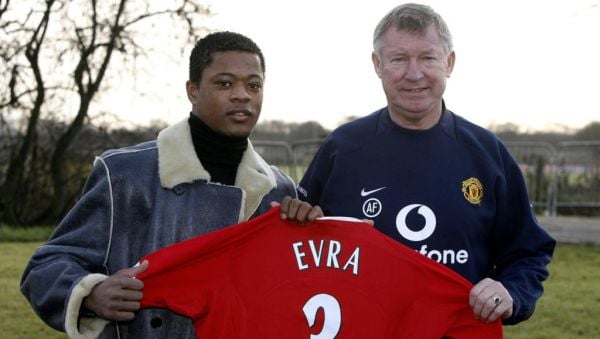 Manchester United signed Patrice Evra from Monaco on a three-and-a-half-year contract, on this day in 2006.

The 24-year-old joined for £5.5million and endured a nightmare debut against Manchester City four days later as he was taken off at-half-time in a 3-1 defeat.

However, the France international soon made the left-back position his own at Old Trafford following Gabriel Heinze’s cruciate ligament injury earlier that season and he went on to make 379 appearances for the Red Devils.

Evra won 10 major trophies with United, including five Premier League titles, three League Cups, the Champions League, following a penalty shootout win over Chelsea in the final in 2008, and the Club World Cup.

On Evra’s arrival at Old Trafford, manager Sir Alex Ferguson said: “He is a good age and he is still developing as a player, which is always exciting.

“We have been monitoring him all season and it is fantastic that he is joining Manchester United.”

Evra ended his eight-and-a-half year stay in Manchester in July 2014 following the arrival of Luke Shaw from Southampton and moved to Juventus.