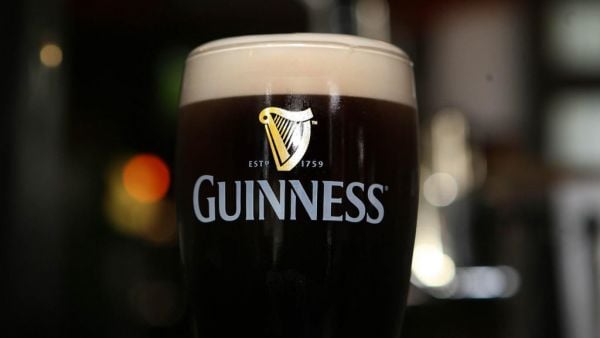 The increase in the cost of a pint of Guinness has been met with frustration by Irish pub owners.

Multinational drinks company Diageoe earlier today announced a pint of Guinness on draught is to increase by 12 cent per pint, excluding VAT, from February 1st.

The Vintners’ Federation of Ireland (VFI) said that this was “further bad news” for pubs, particularly amid soaring energy costs and inflation.

It said that publicans “will most likely have to pass on the price increase to their customers”, and called on Diageo to reconsider.

The Taoiseach said in response that businesses should apply for an energy support scheme to help pay for increased costs and ease the pressure on them.

The news comes after Heineken announced before Christmas that it was increasing the cost of its beer, resulting in an estimated 25-cent increase per pint later this year.

VFI chief executive Paul Clancy said that publicans are “getting hammered from every angle at the moment”, and that the news from Diageo “is a further blow to the trade”.

“We’re heading into the quietest few months of the year for the trade, so the increase in the price of a pint couldn’t come at a worse time,” he said.

“Due to the unprecedented cost of doing business publicans will have to pass on this price increase to their customers, which is something they are very unhappy about.

Not the news we wanted to hear from Diageo today. VFI Chief Executive Paul Clancy had this to say ⬇️ pic.twitter.com/nsNgu5qE9Q

“It’s well documented that energy costs are at all all-time high, while at the same time the trade faces losing the 9 per cent hospitality VAT rate at the end of February.

“The trade can’t keep taking these hits on what appears to be an almost weekly basis. The VFI is calling on Diageo to reconsider its decision in light of the pressures on the pub trade,” Mr Clancy said.

Speaking at Government Buildings earlier, Taoiseach Leo Varadkar said the 12-cent increase alone would not put pubs in jeopardy, but added to the cost-of-living crisis it could cause “financial hardship”.

“I don’t think a 12-cent increase in itself is going to put any pub out of business, but I suppose with combined rising costs, it will cause financial hardship for many.”

Mr Varadkar encouraged people to apply for the Temporary Business Energy Support Scheme (TBESS), which will give 40 per cent of energy costs to eligible businesses that have seen an increase of at least 50 per cent in their energy bills.

“But we have a scheme in place which is there to help with energy costs. One thing we’ve been surprised at as Government is that not that many businesses have actually applied for it so far, it’s only in the thousands, we thought it was going to be tens of thousands.

“It might be the case that businesses were just very busy over the Christmas period and haven’t had a chance to make a claim yet.

“I would encourage them to make a claim – it will be backdated to September so that will help with energy costs, and obviously we’ll have to see for the end of February whether we need to extend that, and we’ll make a decision closer to the time.”