Roberto Martinez back in work after taking over as Portugal boss 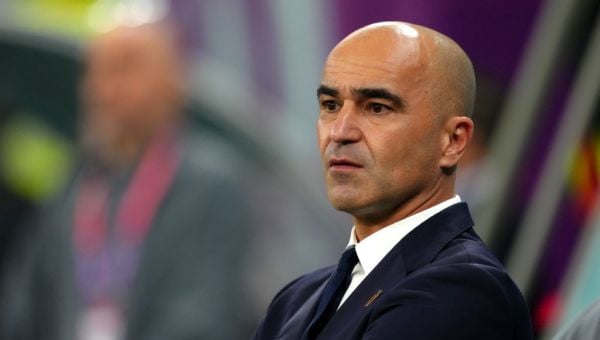 Portugal have announced the appointment of Roberto Martinez as new national team manager.

Martinez, previously manager at Everton and Wigan, was himself available after his spell with Belgium ended following the recent tournament in Qatar.

A tweet from the Portuguese Football Federation read: “A new leader at the service of Portugal – welcome Mr Roberto Martinez.”

Martinez, an FA Cup winner with Wigan in 2013, spent six years with Belgium, leading them to the top of the world rankings, third place at the 2018 World Cup and the quarter-finals of Euro 2020.

However, they under-performed in Qatar and exited at the group stage after winning just one of their three matches.

He inherits a Portugal side that reached the quarter-finals but suffered a shock loss to Morocco after a campaign overshadowed by issues concerning veteran star player Cristiano Ronaldo.

Speaking at a press conference, Martinez said: “I am very excited to be here. I am very happy to represent one of the national teams with the best talent in the world.

“From the first time I spoke with the president of the federation I knew this was a sporting project that would excite me.

“I understand there are great expectations and big objectives, but there is a great team of people at the federation and I have great excitement that together we can achieve those objectives.”

The first question faced by Martinez at his presentation concerned Ronaldo.

The 37-year-old travelled to the World Cup with controversy raging over an explosive TV interview he gave which ultimately led to his departure from Manchester United.

There was then much speculation over his club future – ultimately resolved when he signed for Saudi Arabian club Al Nassr last month – while his performances on the field and attitude also attracted criticism.

He was left out of the starting line-up for Portugal’s last two matches of the tournament and his international future is uncertain.

Spaniard Martinez said: “Footballing decisions have to be taken on the field. I am not a manager to make decisions in an office.

“I want to contact all the players in the squad, the list of 26 players, from the last World Cup. That is my starting point and Cristiano is one of the players on that list.

“He has spent 19 years in the national team. We will sit down and speak.”

Portugal face Liechtenstein in their opening Euro 2024 qualifier in March. They also face Iceland, Luxembourg, Slovakia and Bosnia and Herzegovina in their campaign.

Martinez, who was speaking Spanish but pledged to learn Portuguese quickly, said: “The important thing is that we are a very competitive team. Portugal must always have the will to win everything and for that you need to be a modern team, with tactical flexibility.”

FPF president Fernando Gomez said: “The new national coach had to be ambitious, knowledgeable about international football, used to training players at the highest level with experience in the best championships and, ideally, national teams.

“From the first conversation with Roberto Martinez it was immediately clear that he fit the profile.”