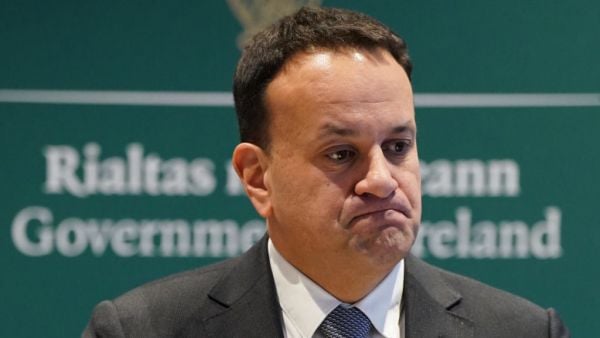 The Taoiseach has criticised protests held outside a centre housing migrants, including young children, saying there is no excuse for racism in Ireland.

Videos on social media in recent days show a crowd of people outside a hotel in Ballymun, in north Dublin, where families have been staying.

Chants of “get them out” can be heard and signs saying “Ireland is full” were held by some people taking part in the protest.

Leo Varadkar said he had been left disturbed by the incidents.

“I just saw some of it in the coverage online. I don’t think there’s any excuse for racism of any form,” he said.

“We’ve accepted maybe 70,000 people from Ukraine fleeing the war. Our response to that has not been perfect, but I am proud of the fact that we, as a country, have welcomed so many people into Ireland.

“There are people that are coming from other parts of the world who are applying for international protection and they have the right to do so, we just need to make sure that those applications are processed as quickly as possible.

“I just don’t think there’s any excuse for hatred being directed at anyone because of their nationality or their racial background or any other reason.”

The protest in Ballymun is the latest in a number of similar protests, with demonstrations held in East Wall and other parts of Dublin.

Those taking part have criticised the Government and the provision of accommodation for people fleeing war and seeking protection in Ireland.

As of January 2nd, Ireland is housing more than 51,955 Ukrainian people who have sought accommodation from the state and more than 19,300 asylum seekers – a significant increase in the numbers recorded in previous years.

About 1,500 Ukrainians and asylum seekers arrived in Ireland over the Christmas period, and despite a government pledge to stop housing people in tented accommodation, 88 people were in tents in Co Clare as of last week.