Ten-year-old Kate gets her Kicks on TV 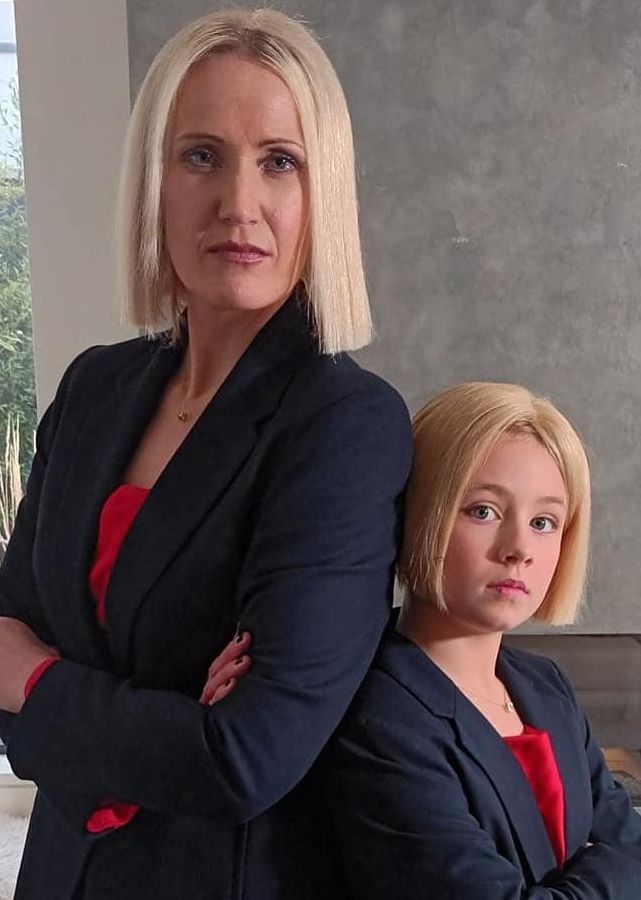 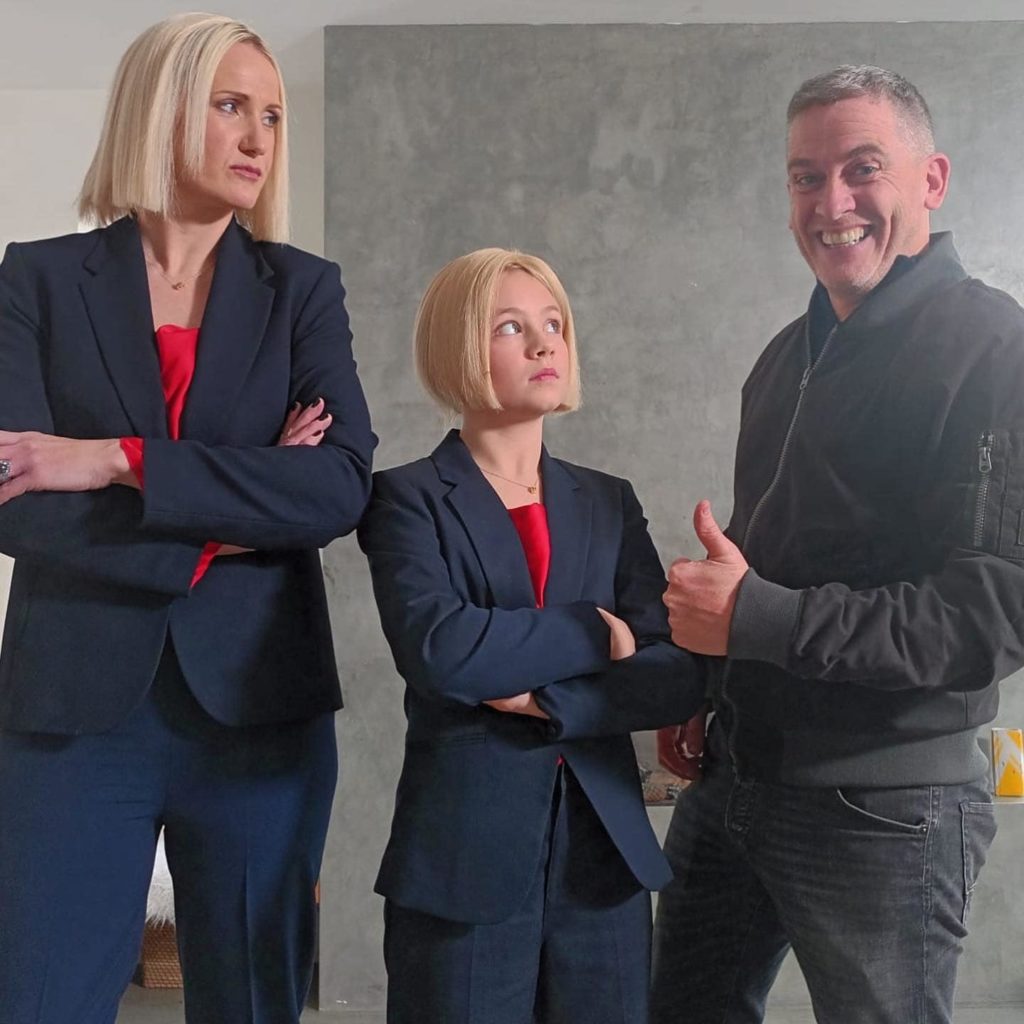 Kate on set with her dad David and Lisa Garvey 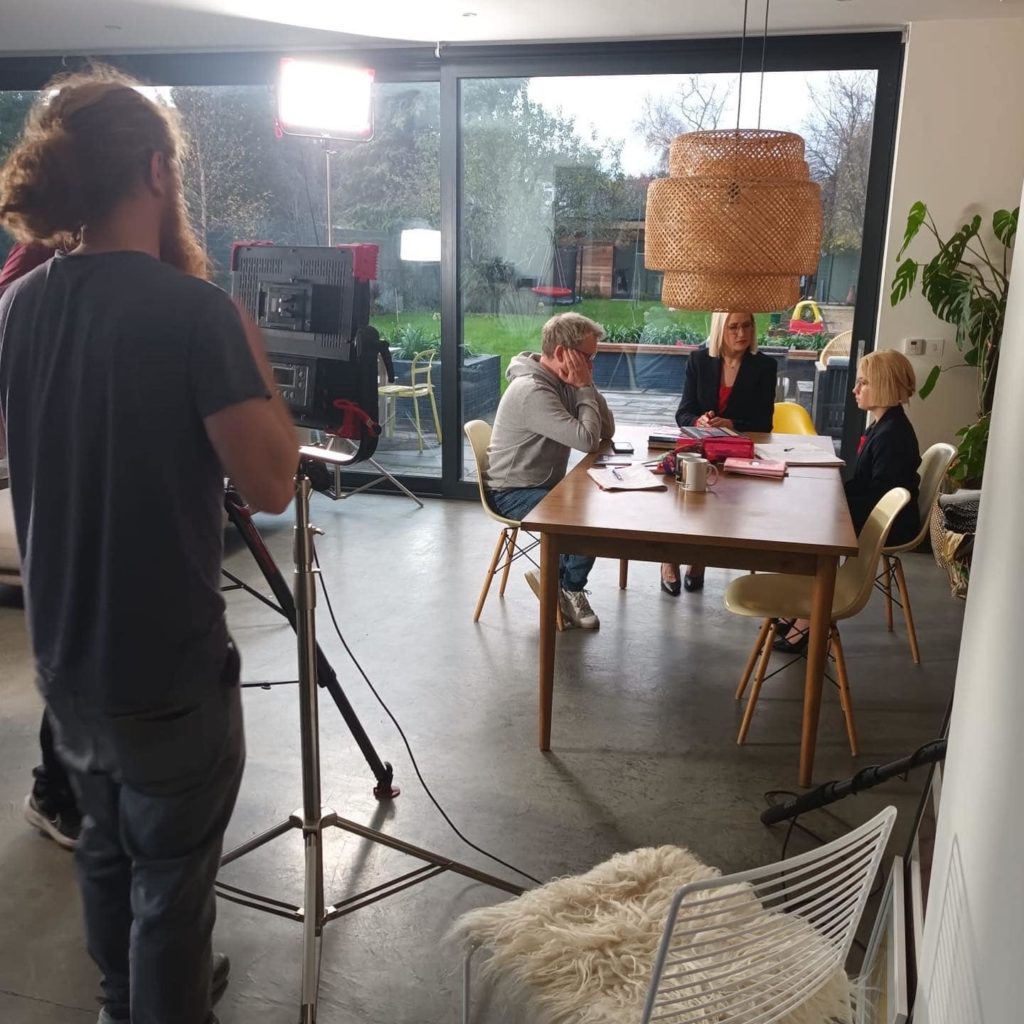 WATCH OUT, Claire Byrne, there’s another unyielding, hard-nosed ‘broadcaster’ nipping at your heels – and she already has viewers glued to their screens! Ten-year-old Kate Butler from Hacketstown had the nation enthralled recently when she featured in the hilarious Callan Kicks the Year 2022.

For the RTÉ show, Kate played the part of ‘child Claire Byrne’, a cool-as-ice foil to ‘adult Claire Byrne’ played by Lisa Garvey.

Daughter of David and Paula Butler of Butler’s Organic Eggs in Hacketstown, Claire is younger sister to Noel and a fifth-class pupil at St Joseph’s NS, Hacketstown.

This wasn’t Kate first time to feature on Callan’s Kicks, having suitably impressed Oliver Callan and the crew when she took part in the annual show last year.

“She absolutely loved it,” said Paula. “She did the show last year and they contacted us last November to see if she would do it again,” adds Paula. “It was recorded in Dublin before Christmas and all the recording was done over one day, so it was all very quick. Everyone was so welcoming and lovely to Kate; she loved working with the director, the crew and all the other actors.”

During the summer, agency Take 2 Talent Management took Kate on as a client, so expect lots in the future from this talented ten-year-old.

In what’s been a busy few months for Kate, she is also a member of Spotlight Stage School and was part of their many terrific  performances’ in the recent **Late Late Toy Show**,  the Christmas experience at Arnotts, the Rathwood Christmas show and also at the 3Olympia Theatre’s panto **Olly, Polly and the Beanstalk**.