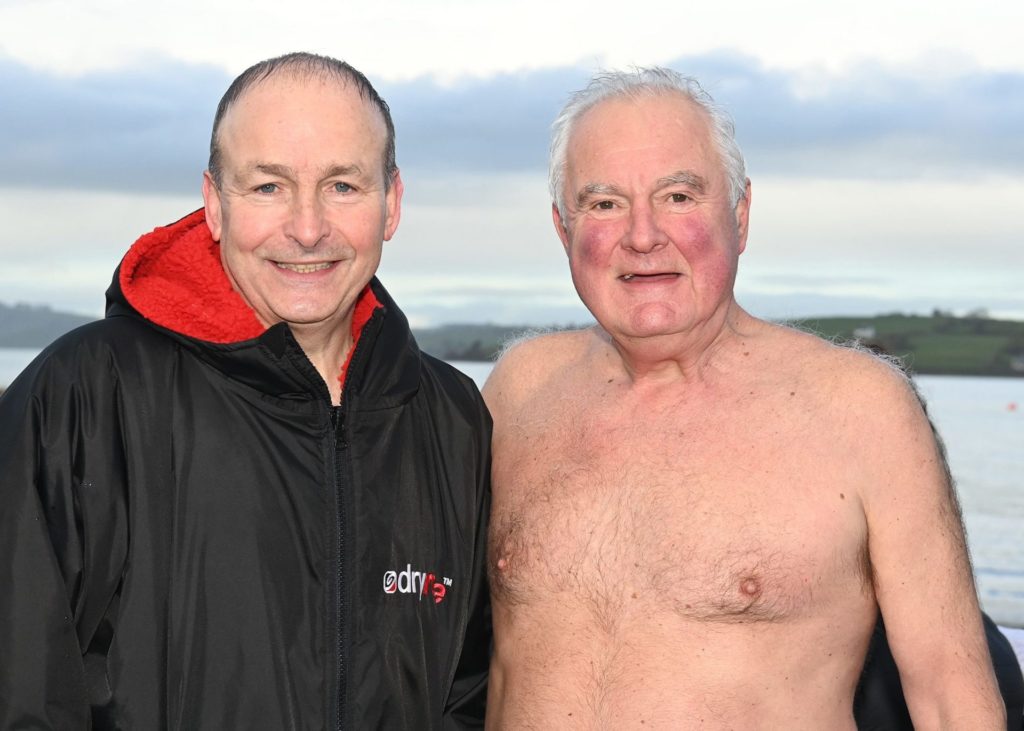 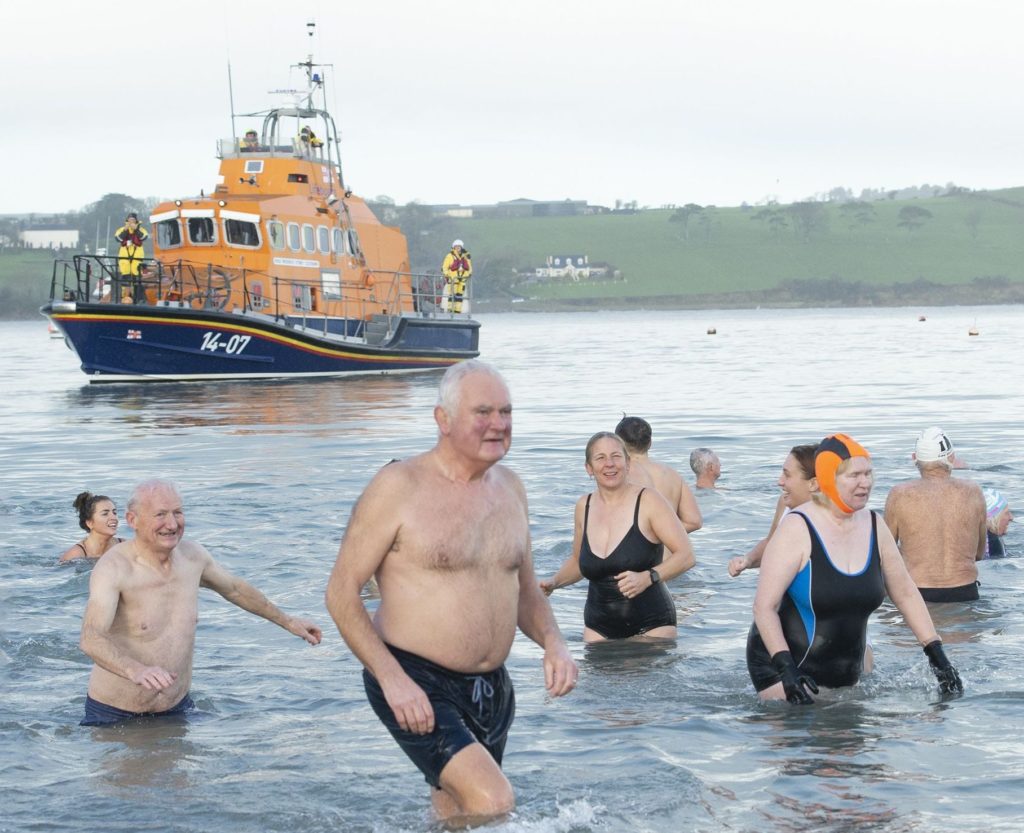 DARING Carlow resident Bob Jeffers once again blew off the Christmas cobwebs with a bracing dip in the sea as part of the New Year’s Day RNLI swim.
The annual event in Courtmacsherry once again attracted the crowds, including well-known regular dipper – tánaiste Micheál Martin.

The Fianna Fáil leader took what he described as a “rejuvenating” New Year’s Day swim in a Cork seaside village and happily stepped in and shared photos of himself after the plunge – including the one above with Bob.
Over the years, Bob’s annual dip has raised several hundred euros – much of it donated by Carlow people – in support of the Courtmacsherry RNLI, which is greatly appreciated.

A native of Bandon, Co Cork, Bob is a former bank official in Co Carlow and very actively involved in several local charities and organisations over the years, including Carlow Lions Club and Tullow Agricultural Show.