‘Curious development’ in trial of Gerard ‘The Monk’ Hutch 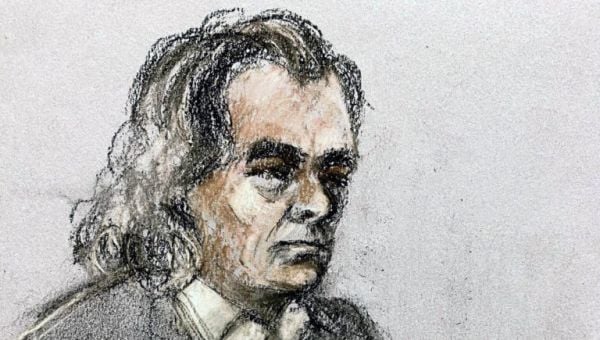 A “curious development” in the trial of Gerard ‘The Monk’ Hutch, who denies murdering Kinahan Cartel member David Byrne at the Regency Hotel, has seen a document disclosed to the defence, the Special Criminal Court heard on Wednesday morning.

When the non-jury court returned on Wednesday following the Christmas break Sean Gillane SC, prosecuting, apologised to the three judges for what he described as “something of a false start this morning”.

Mr Gillane informed the court that “a curious development” had arisen which resulted in the “generation of a document” that had been disclosed to the defence and primarily concerned Mr Hutch. “That isn’t the cause of the delay, but the matter has to be looked into,” he added.

The prosecuting counsel went on to say that the other issue which had caused the delay was that a garda witness was not available this morning. He asked the court to hear a short amount of evidence this morning and to reconvene on Thursday.

The barrister said a “narrow” legal issue had arisen with CCTV footage in the case and he was confident that this evidence would be completed by lunchtime tomorrow. “We won’t lose time,” said Mr Gillane.

Addressing Mr Gillane, presiding judge Ms Justice Tara Burns said she now heard that the trial would conclude in two weeks. Mr Gillane said he hoped so, but he did not know where “the development” would lead.

Mr Hutch’s defence counsel Brendan Grehan SC told the court that he was in “broad agreement” with this estimate “subject to matters falling out of the sky”.

Mr Grehan said the defence had not dealt with exhibits when the court finished up for Christmas on December 21st and he would be asking the court to make several items formal exhibits. “I will have some limited cross-examination to elicit various matters which Jonathan Dowdall said about two specific issues. We will be endeavouring to deal with those in the most compact manner possible,” he said.

Ex-Sinn Féin councillor Dowdall, a former co-accused of Mr Hutch who has turned State’s witness and who has pleaded guilty to facilitating Mr Byrne’s murder, was on the stand for eight days in December and cross-examined for seven of those by Mr Hutch’s defence counsel Mr Grehan before the Christmas break.

Mr Grehan said today that he was hoping the defence may be able to deal with some of these matters by way of “a section 22” rather than having to call a range of gardai to prove the interviews and memorandums taken from Dowdall, when he was arrested for the murder of Mr Byrne in May 2016.

The State proceeded to call three very brief garda witnesses on Wednesday, two of whom gave evidence in relation to the harvesting of CCTV footage from two Dublin city locations.

Following this, Mr Gillane informed the court that no more witnesses were available today.

The trial will continue on Thursday before Ms Justice Burns sitting with Judge Sarah Berkeley and Judge Grainne Malone.

Mr Hutch’s two co-accused – Paul Murphy (61), of Cherry Avenue, Swords, Co Dublin and Jason Bonney (50), of Drumnigh Wood, Portmarnock, Dublin 13 have pleaded not guilty to participating in or contributing to the murder of David Byrne by providing access to motor vehicles on February 5th, 2016.

In his direct evidence on December 12th last year, ex-politician Dowdall testified that Gerard Hutch told him in a park several days after the Regency attack, in or around February 8th, 2016, that he and another man had shot Mr Byrne at the hotel.

The former councillor testified that the accused said he “wasn’t happy about shooting the young lad David Byrne and David Byrne being killed”. Asked by prosecution counsel Mr Gillane if Mr Hutch had said who had shot Mr Byrne at the Regency Hotel in 2016, Dowdall replied: “He said it was him and ‘Mago’ Gately”.

Mr Grehan opened his cross-examination on December 13th by telling Dowdall the defence position was that the witness had told “two big lies” to the court, namely that his client had collected keys cards for a room at the Regency Hotel from Dowdall and his father on Richmond Road on February 4th, 2016 and that Gerard Hutch had “confessed” to him in a park several days later.

On the final day of Dowdall’s cross-examination on December 21st, Mr Grehan said he was challenging the witness’s suggestion that Gerard Hutch had “come out of the shadows” to take the key cards on February 4th. “One hundred per cent it was Gerard Hutch, if it was anyone else I would say. I have no reason to say it was Gerard Hutch. Why would I say I met Gerard Hutch and it wasn’t him,” said Dowdall.

Defence lawyers have argued that the second of the “big lies” told by Dowdall to the court in his direct evidence was that Gerard Hutch had “confessed” to him in a park in Whitehall in or around February 8th, 2016 about his direct involvement in the murder of Mr Byrne.

Eddie ‘Neddy’ Hutch was shot dead at his north-inner city home on February 8 2016, in what was believed to be a revenge attack for the Regency Hotel shooting three days earlier.

Dowdall told the court: “What I’m telling is the truth, the truth is the truth. I wasn’t involved in David Byrne’s murder, he told me he shot the kid and he met me in the park, do what you want, it’s up to the court”.

On December 21 last, the Special Criminal Court heard that an analysis of Dowdall’s phone showed he was travelling towards Dundalk on one of his proposed dates for a meeting with Mr Hutch – when the witness claims Mr Hutch “confessed” his direct involvement in the murder of Mr Byrne – while on the other proposed date his phone pinged off a mast potentially covering the area but “at least three hours” after he claimed he’d met the accused.

Dowdall (44) – a married father of four with an address at Navan Road, Cabra, Dublin 7 – was due to stand trial for Mr Byrne’s murder alongside Gerard Hutch but pleaded guilty in advance of the trial to a lesser charge of facilitating the Hutch gang by making a hotel room available for use by the perpetrators the night before the attack.

Dowdall – who previously served as an elected Sinn Fein councillor in the north inner city ward in May 2014 and resigned less than one year later – was jailed by the Special Criminal Court for four years for the facilitation offence.

Following Dowdall’s sentence on October 3rd, a nolle prosequi – a decision not to proceed – was entered on the murder charge against the former Dublin city councillor.

Dowdall’s father Patrick Dowdall (65) was jailed for two years before the Regency trial started after he also admitted his part in booking the hotel room for the raiders.

Both Jonathan and Patrick Dowdall have pleaded guilty to participating in or contributing to activity intending to or being reckless as to whether such participation or contribution could facilitate the commission of a serious offence by a criminal organisation or any of its members, to wit the murder of David Byrne, by making a room available at the Regency Hotel, Drumcondra, Dublin 9 for that criminal organisation or its members, within the State on February 4th, 2016.

The prosecution case is that the late dissident republican Kevin Murray used the hotel room that was booked at the Regency on the night of February 4, that he was the man seen wearing a flat cap when Mr Byrne was killed and that he cooperated with the “tactical team” that raided the Regency Hotel on February 5th. Mr Murray died from motor neurone disease in 2017 before he could be brought to trial.

Mr Byrne, from Crumlin, was shot dead at the hotel in Whitehall, Dublin 9 after five men, three disguised as armed gardaí in tactical clothing and carrying AK-47 assault rifles, stormed the building during the attack, which was hosting a boxing weigh-in at the time. The victim was shot by two of the tactical assailants and further rounds were delivered to his head and body.