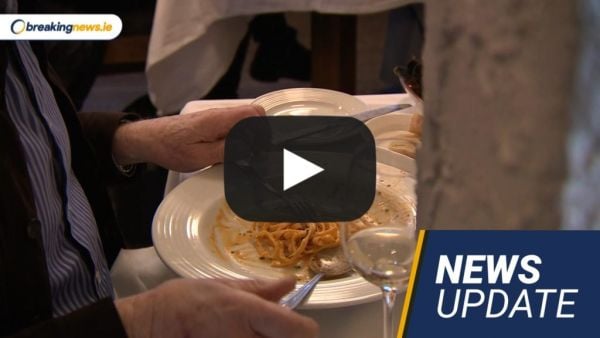 The Government should appoint the Department of the Taoiseach to lead the response to refugees arriving from Ukraine, according to the chief executive of the Irish Tourism Industry Confederation (ITIC).

The issue is too important societally and economically to be handled by the Department of Children, Eoghan O’Mara Walsh told RTÉ Radio’s Today with Claire Byrne show.

Mr O’Mara Walsh warned the tourism and hospitality sector would not be renewing all contracts to provide accommodation for refugees when they come up for renewal.

A former rugby coach and teacher at a south Dublin private school will be sentenced next month after he admitted indecently assaulting two boys during the 1980s.

The offences took place at Terenure College on dates unknown during term time between 1981 and 1983 and also between 1987 and 1988.

The court heard that McClean admitted to indecently assaulting each of the victims twice. Judge Martin Nolan remanded him in custody to be sentenced on February 23th.

An incident outside a shelter for migrants in Ballymun was “intimidation” and not a protest, according to Justice Minister Simon Harris.

Videos emerged over the weekend of a crowd of people outside a building in Ballymun where families were living, chanting “get them out”, with one person holding a sign saying “Ireland is full”.

“We’ve to be very careful calling these protests. In my mind, that’s not what they are.

UK Foreign Secretary James Cleverly has insisted Sinn Féin were not excluded from a meeting with him in Belfast.

It came after the party said its leader, Mary Lou McDonald, was told she could not attend the meeting to discuss the Northern Ireland Protocol and the Stormont political deadlock.

Mr Cleverly said Sinn Féin vice president Michelle O’Neill, an elected member of the Northern Ireland Assembly, was invited to attend but opted not to.

A father accused of attempted child abduction has been refused bail.

The man, who is in his 40s and cannot be identified for legal reasons, appeared before Judge Treasa Kelly at Dublin District Court on Wednesday.

He was charged with burglary and attempted abduction of the child on a date earlier this month.

Objecting to bail, Garda Dean O’Neill cited the seriousness of the case and flight risk concerns.