Roy Barrett to step down as FAI chairman 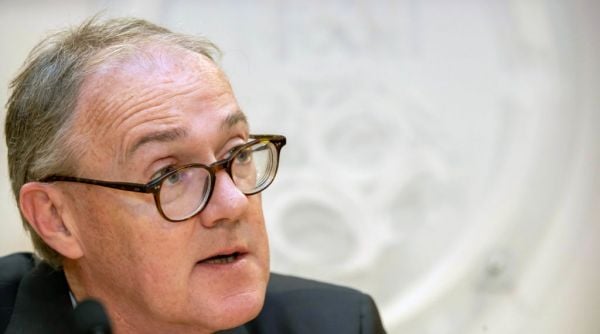 Roy Barrett will step down as independent chairperson of the Football Association of Ireland, it was announced on Wednesday.

The FAI told members of its General Assembly on Wednesday of Mr Barrett’s intention to step down from the role, which he first took up in 2020. He will continue in his role until a successor is chosen.

Independent Director Gary Twohig will also step down from his role.

In a statement to the General Assembly, Mr Barrett said he felt the decision was “in the best long-term interest of the FAI and the game of football in Ireland”.

“My intention to step down from my position provides a clear opportunity for the Board, to ensure that at least 40 per cent of the Directors are female by the end of 2023, as required by the Constitution, and the Memorandum of Understanding (“MOU”) with Government.

Commenting on the departures, FAI chief Jonathan Hill said: “I would like to thank Roy and Gary for their contribution to the FAI throughout a transformational time for the Association and their confidence in the executive team as we continue to implement our 2022-2025 strategy.

“Their decision clearly creates the platform for the Association to achieve gender balance targets, which we are confident will be the right thing for Irish Football into the future.

“I would particularly like to thank Roy on a personal basis for his leadership, hard work and counsel during my own time at the Association – it has been hugely appreciated.”