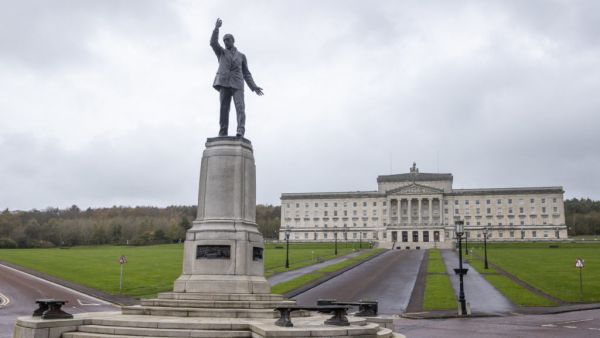 British ministers will meet political and business leaders in Northern Ireland on Wednesday to discuss post-Brexit trade problems, part of renewed attempts to find a solution after a mellowing in a years-long standoff.

The Northern Ireland Protocol, agreed with the European Union, has put strains not only on the North but also on ties between London and Brussels over the deal.

However, over the last few months, the tone of talks to try to resolve differences over the protocol has softened, with the antagonism that marked the discussions since 2019 replaced by what appears to be a new push to find a negotiated settlement.

On Monday, the two sides reached agreement on a way forward to tackle one point of conflict.

London has to walk a fine line, as British ministers want a negotiated settlement with the EU rather than triggering another legal dispute over the Brexit deal. However, they must also keep on board the North’s unionist politicians who have led a near year-long boycott of Stormont.

After securing agreement on “the way forward” on giving the EU access to customs data, British foreign secretary James Cleverly and Northern Ireland minister Chris Heaton-Harris will speak to lawmakers and businesses in Belfast.

“My preference is for a negotiated solution, but the UK’s priority is protecting the Belfast (Good Friday) Agreement and preserving political stability in Northern Ireland,” MrCleverly said in a statement.

“I am listening to the concerns of people and businesses in Northern Ireland and am keenly aware that the current situation isn’t working. We need to address those issues with the protocol that risk and undermine the place of NI (Northern Ireland) in the UK.”

The Belfast meeting is the latest in a flurry of renewed diplomacy since British prime minister Rishi Sunak was appointed in October. Talks on solving the issues with the protocol had all but stalled under his predecessors Liz Truss and Boris Johnson.

Tánaiste and Minister for Foreign Affairs Micheál Martin, who spoke to the leaders of the North’s main parties by phone on Monday, is also due to meet Mr Heaton-Harris in Belfast later this week.

The protocol was put in place to try to preserve the Good Friday Agreement by avoiding a hard border between the North and the Republic, but it also meant the North all but remained in the EU’s single market for goods, requiring checks on some products arriving there from Britain.

Britain has refused to implement many of the checks and has criticised the EU for being overly zealous in implementing the protocol, claiming it is hurting businesses in the North and straining ties between political groups. Brussels has said it is open to being flexible on the protocol but has refused to rewrite it. -Reuters