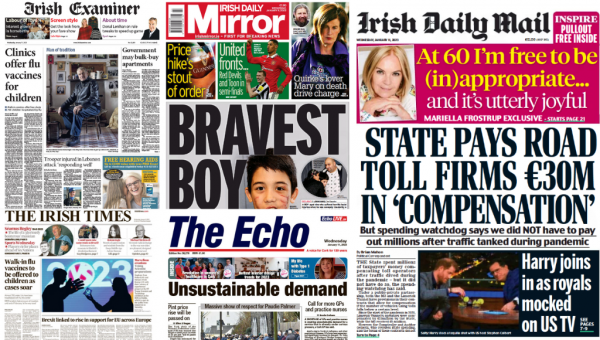 Price increases, continuing pressure on the health system, and ‘compensation’ for road toll firms are among the front-pages stories on Wednesday.

The Irish Times and the Irish Examiner reports the HSE will offer flu vaccines to children at clinics as “cases soar”, while inflation takes its toll in Post Offices and pubs as the cost of both stamps and pints are due to increase. 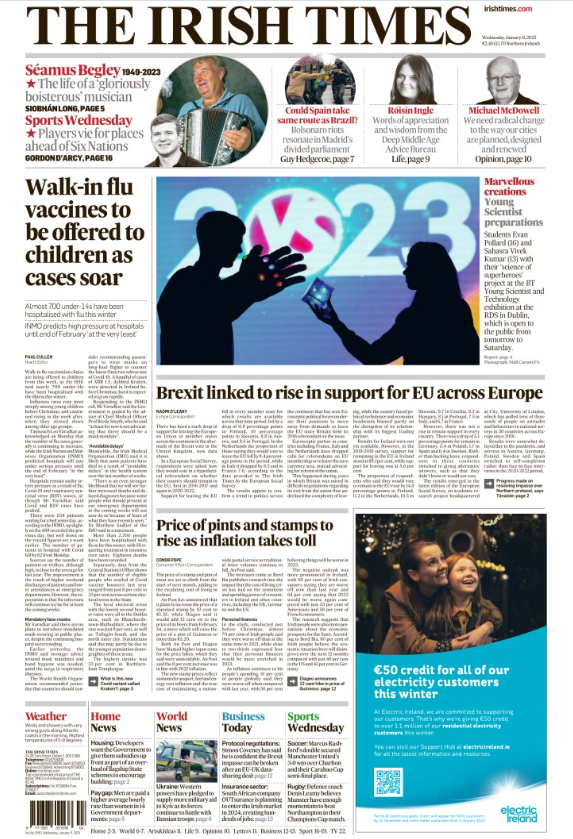 The Examiner also reports the Government “may bulk-buy apartments”. 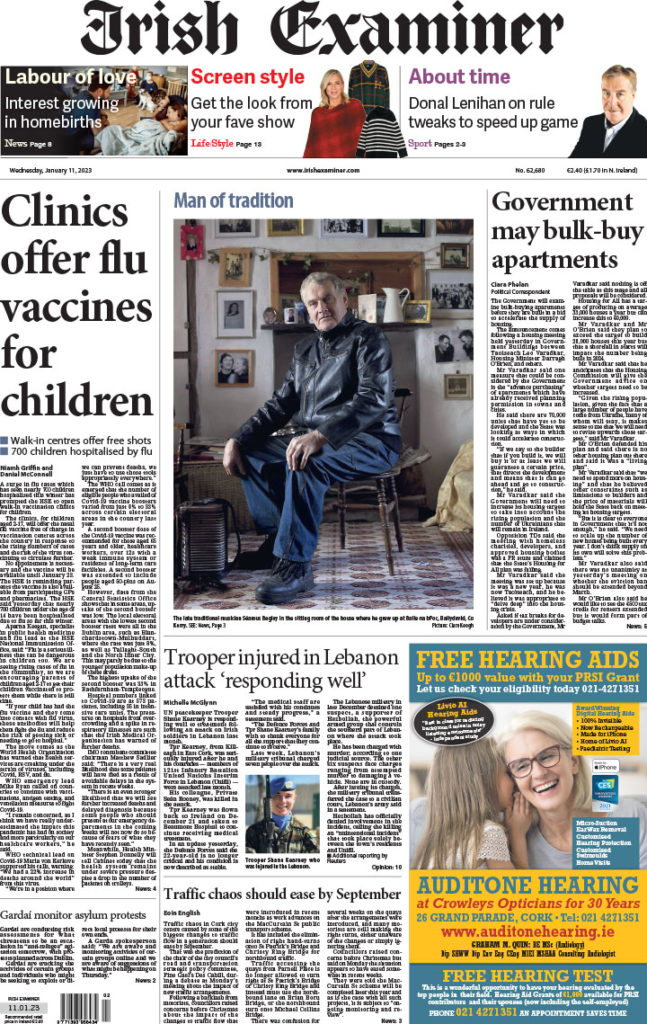 The Echo leads with calls for more GPs and practice nurses amid “unsustainable demand”, while the Irish Independent says patients are “stuck” in hospital for over six months due to the lack of suitable step-down care. 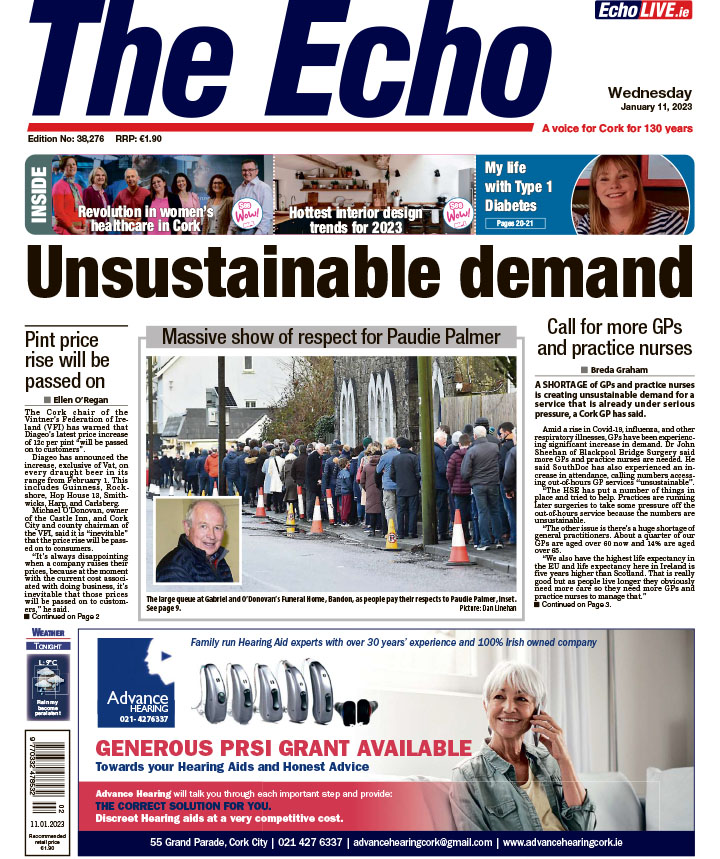 Both the Irish Daily Star and Irish Daily Mirror carry images of a young boy who sustained serious injuries in a dog attack in Co Wexford, who has now returned home after weeks in hospital. 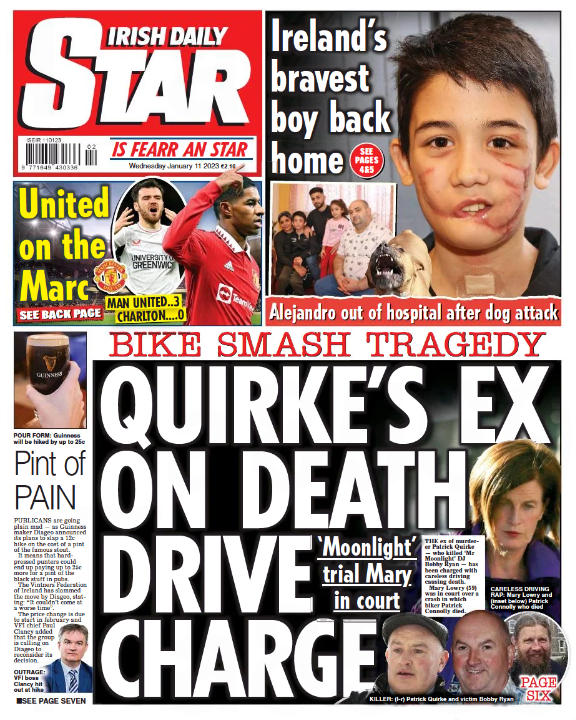 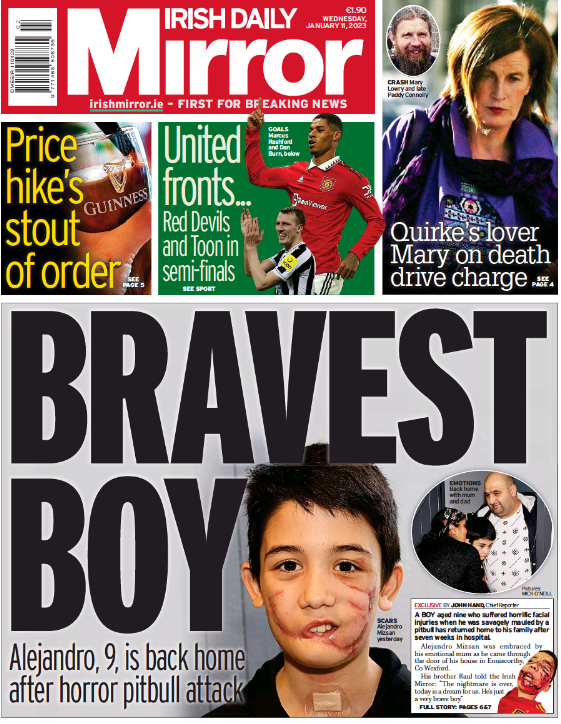 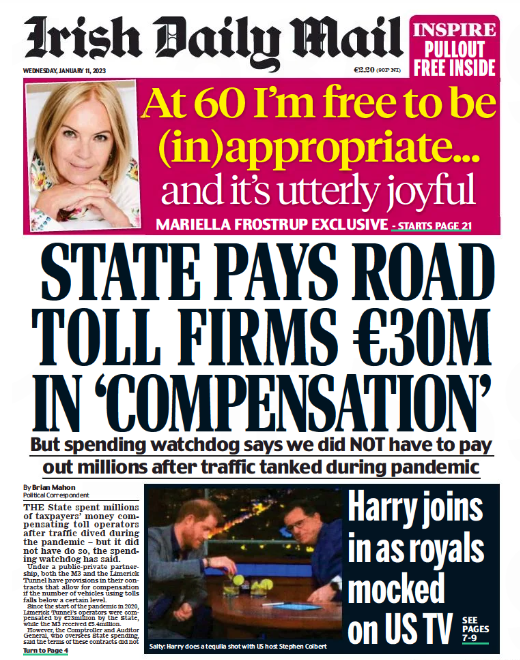 In Britain, the front pages cover death, illness and machinations in the halls of power.

NHS delays are blamed in analysis by The Times which shows 50,000 more people than normal died over the past 12 months.

The same number of people – a record, up from 30,000 just two months earlier – are forced to wait more than 12 hours for treatment in accident and Emergency Departments each week, according to leaked data given to The Independent.

EXCL by @Rebeccasmt on the crisis in NHS A&E care pic.twitter.com/qpNbAvEOLl

Nurses urge British prime minister Rishi Sunak in the Daily Express to “do a deal for Britain” to prevent a two-day strike next week that could cripple the health service.

The i, meanwhile, reports the British government is considering new laws which could stop up to six million UK workers from going on strike.

A STRIKE AGAINST STRIKES

Unions have reacted to the anti-strike bill with a coordinated “day of action” involving strikes and rallies, says The Guardian, while the Daily Mail reports Labour will block the new laws.

Former prime minister Boris Johnson is accused in the Daily Mirror of “sponging off billionaires” by living rent-free in a Tory donor’s £20 million home.

The Daily Telegraph has US Federal Reserve head Jerome Powell saying central banks should avoid wading into social issues, while the Financial Times reports Goldman Sachs has started its biggest cost-cutting drive since the financial crisis.

‘Saving the planet is not our job, says Fed chief’

And the Daily Star carries the story of a ticket inspector who quit his job on the buses and used his redundancy payout to become an Elvis impersonator.