Carlow turn attention to preparation for opening game of league 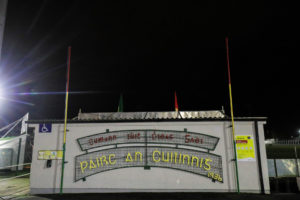 CARLOW’S final game in this year’s O’Byrne Cup against Laois will not go ahead this weekend. Carlow were ready and willing to play the game as scheduled on Wednesday evening but the game was postponed due to the bad weather. Carlow would have been in a position to play the fixture weekend but had already arranged for an in-house training camp.

Carlow played two games in this year’s O’Byrne Cup – losing at home to Meath, and then going to down to Longford. Niall Carew and his panel will now turn all their attentions to preparing for the opening round of the league at home to Wicklow on Saturday 28 January.