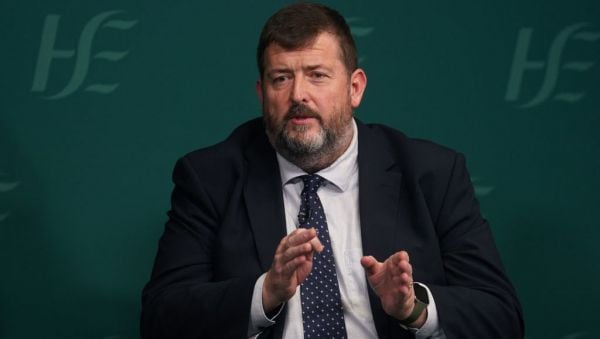 The situation facing Ireland’s healthcare services is matching the worst-case scenarios, the boss of the HSE has said.

“Currently, we’re matching or exceeding our most pessimistic model, which, as we said before, is very concerning,” HSE interim chief executive Stephen Mulvany said on Thursday.

“Flu is already at levels that make this an exceptional season, plus we still have significantly high levels of Covid and RSV (respiratory syncytial virus).”

He said that as of January 7th, flu was seen to be continuing to rise, and that they could not yet predict when it would peak.

“Now we’re modelling against a number of viruses in a society where there’s millions of interactions every hour, every day.

“As such, it’s not nearly as simple as it was because, thankfully, society is completely open and there’s multiple potentials for transmission of any one of those viruses at any one time.”

Dr Henry said there had been a “relentless climb” of flu-like illnesses in GP practices for eight consecutive weeks.

“This flu season started earlier, and has been building up longer, and is peaking higher than the flu season in many years and the type of flu – AH3 – which unfortunately correlates closely with illness, particularly in older people,” he said.

He added that there was “widespread influenza activity” right across Europe, adding that “no healthcare system is escaping the pressure of this”.

The number of people waiting on trolleys for admission to hospitals across Ireland was down to 352, which Mr Mulvaney said showed progress, but added that one person waiting on a trolley was one too many.