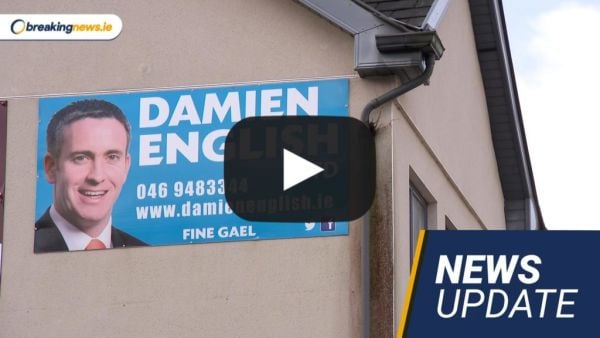 A man jailed yesterday for his part in a rural burglary who a court heard was in receipt of disability benefit for being lactose intolerant died this morning at Limerick Prison.

Edward Woodland (23), of Greenmount Avenue, Ballinacurra Weston, and three accomplices in a four-strong burglary gang, were jailed Wednesday for a total of 18.5 years with 4.5 years suspended at Ennis Circuit Criminal Court.

Edward Woodland received a sentence of five years with the final year suspended.

A judge will give his decision next week on teacher Enoch Burke’s application for an injunction preventing a school’s disciplinary process which could result in his dismissal.

A lawyer for Wilson’s Hospital School told the High Court on Thursday that Enoch Burke’s bid for injunctions halting disciplinary proceedings against should be dismissed because his application is “premature” due to his refusal to obey a court order to stay away from the school’s premises.

Mr Burke has asked the court for an injunction preventing the school from proceeding with a disciplinary process that could result in his dismissal, due to take place later this month. If granted, the injunction would remain in place until the full hearing of the action has been resolved by the courts.

It would not have been wise to invite Sinn Féin leader Mary Lou McDonald to a meeting about the Northern Ireland Protocol because she is a “representative of a parliament in an EU member state”, Britain’s Northern Ireland secretary Chris Heaton-Harris has said.

The row over the exclusion of Ms McDonald from a political meeting with Britain’s foreign secretary on Wednesday rumbled on as Taoiseach Leo Varadkar, Tánaiste Micheál Martin and UK Labour leader Sir Keir Starmer were all holding talks in the North as part of efforts to resolve the dispute over the post-Brexit trading arrangements.

Mr Varadkar and Mr Starmer are meeting with the main Stormont parties to discuss the deadlock over the protocol, which the DUP has cited as its reason for boycotting the North’s power-sharing assembly since May.

President Joe Biden has acknowledged that a document with classified markings from his time as vice president was found in his “personal library” at his home in Delaware, along with other documents found in his garage.

Mr Biden told reporters at the White House that he is “cooperating fully and completely” with a Justice Department investigation into how classified information and government records made their way to his home and the office of his former institute in Washington.

Mr Biden did not say when the latest series of documents were found, only that his lawyers’ review of potential storage locations was completed on Wednesday night.

Lawyers found the first set on November 2, days before the mid-term elections, but only publicly revealed that development on Monday.