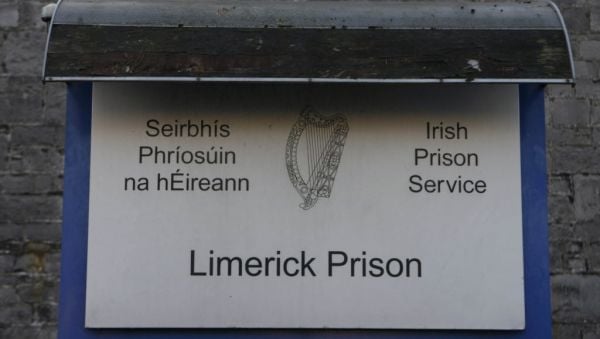 A man jailed yesterday for his part in a rural burglary who a court heard was in receipt of disability benefit for being lactose intolerant died this morning at Limerick Prison.

Edward Woodland (23), of Greenmount Avenue, Ballinacurra Weston, and three accomplices in a four-strong burglary gang, were jailed Wednesday for a total of 18.5 years with 4.5 years suspended at Ennis Circuit Criminal Court.

Edward Woodland received a sentence of five years with the final year suspended.

Reports said the court heard the gang which broke a lock, kicked in the farmhouse door and ransacked the property looking for cash, fled after discovering that the sole occupant, James (Jimmy) O’Connor (97), was asleep in his bed.

“The gang were caught by gardaí as they made their getaway through fields.

2The dead prisoner, named locally as Edward Woodland, was “found unresponsive in his cell” at Limerick Prison “at around 6am” Thursday, reliable sources said.

He was found unresponsive in his cell during a routine cell check, no foul play is suspected,” a source said.

Gardaí and the Irish Prison Service (IPS) are conducting separate investigations, in line with normal procedures after a person dies in prison custody.

“This death in custody will be investigated by the Irish Prison Service, The Inspector of Prisons and An Garda Síochána, where circumstances warrant.

“The cause of death is determined by the Coroner’s Office.”

Gardaí said they attended the “discovery of a body of a man in his 20s that occurred at Limerick Prison at approximately 7am today, Thursday, 12th of January 2023”.

“The body has since been removed to University Hospital Limerick where a post-mortem will take place at a later date.”

“The Coroner has been notified and the outcome of a post-mortem will determine the course on investigations.”