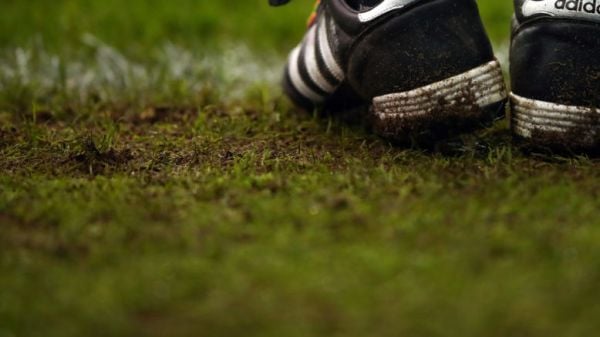 A man who kicked a 13-year-old boy in the face in a row over the use of a football pitch has walked free from court after being handed a fully-suspended prison sentence.

Oleg Mihalas (28) of Plums Road, Wedgewood Estate, Sandyford pleaded guilty at Dublin Circuit Criminal Court to one count of assault causing harm on April 21st, 2021 at the University College Dublin campus. Imposing sentence on Thursday, Judge Orla Crowe noted that Mihalas was very remorseful for his actions, but said it was an “awful thing to do”.

She said Mihalas’s behaviour was not “usual or normal” and expressed concern that a young adult had “attacked a child” who was playing football “in broad daylight”. Judge Crowe imposed an 18-month sentence, which she suspended in full for three years on strict conditions.

The court heard that there was a verbal row between a group of young males and three older men in relation to the use of the astropitch.

A man, later identified as Mihalas, tackled the boy to the ground then kicked him in the face. Two independent witnesses confirmed to gardaí that they saw the incident.

Mihalas and the other adult men left the scene in a white car. The car was stopped a short time later by gardaí, and the occupants confirmed that they had been playing football at UCD.

After caution, Mihalas admitted that his foot had made contact with the boy’s face and signed the garda’s notebook.

The boy sustained a number of injuries to his face including bleeding from his nose and a swollen lip. He also suffered a graze to his arm, bruising to his leg and made a full recovery. Photos of his injuries and a report from his GP were provided to the court.

Mihalas attended Donnybrook Garda Station by appointment on August 5th, 2021 where he was arrested. He exercised his right to silence during interview.

A victim impact statement was read to the court by Emmet Nolan BL, prosecuting, on behalf of the boy’s father.

The victim’s father said his son had reduced the number of times he went out with his friends and he himself was “traumatised” by the attack on his son. He said he “still can’t understand how an adult can attack a 13-year-old”.
Mihalas has one previous conviction for drink driving from 2016.

The investigating garda agreed with Robert Crowley BL, defending, that his client was co-operative when gardaí stopped the car and that this had been valuable to the prosecution.

The investigating garda also agreed that Mihalas has not come to garda attention since this incident and has no history of violent behaviour or criminality.

Mr Crowley said his client is aware of the seriousness of the charge, especially as the victim is a child. Tempers had flared and the red mist descended on his client, the court heard.

Mihalas had brought €2,500 to court as a token of remorse and had also covered the costs of the GP visit and the boy’s damaged clothing. A letter of apology was also handed to the court.

Mr Crowley said his client moved to Ireland from Moldova with his family when he was ten and had completed his education to degree level here. Mihalas is currently working full-time and his brother was present in court.

His client is remorseful for his actions and has not come to garda attention since then. Mr Crowley asked Judge Crowe for as much leniency as possible for his client.

Judge Crowe noted that Mihalas and the other adult men did not remain at the scene to check if the child was alright. She said parents are entitled to allow their children out to play sports and they “should not be subjected to attack about something as ordinary as who is using a pitch”.

Judge Crowe noted that Mihalas has no relevant previous convictions and no history of violence. While the accused left the area, he co-operated with gardaí, the court heard.

The mitigating factors include Mihalas’s initial admissions to gardaí and his later guilty plea, the judge said. She also noted his work history and expressions of remorse.