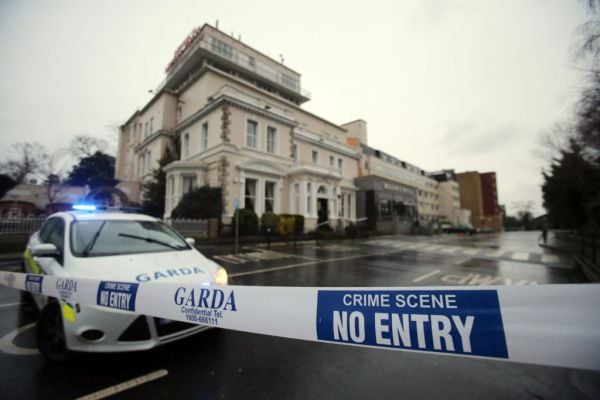 “No further steps” will be taken by parties in the Regency Hotel murder trial in relation to a “curious development” which saw a document disclosed to the defence, prosecution counsel has told the Special Criminal Court.

Defence counsel Brendan Grehan SC, for accused man Gerard Hutch, told the non-jury court on Thursday that “the curious matter will have to wait for another day to be resolved”.

On Wednesday when the non-jury court returned following the Christmas break, Sean Gillane SC, prosecuting, informed the three judges that “a curious development” had arisen which resulted in the “generation of a document” that had been disclosed to the defence and primarily concerned Mr Hutch. He added that the matter had to be looked into.

On Friday the Special Criminal Court will rule on the admissibility of CCTV evidence against Mr Murphy, who is accused of helping a criminal gang murder Mr Byrne at the Regency Hotel in Dublin almost seven years ago.

CCTV footage of the movements of a Toyota Avensis which the State says belongs to Mr Murphy has previously been shown to the court.

Submissions were made on Thursday by Mr Murphy’s lawyer during a voir dire, or “trial within a trial”, to resolve a dispute over the admissibility into evidence of the CCTV footage.

Mr Murphy’s Toyota Avensis taxi is alleged to have been part of a convoy that parked up at St Vincent’s GAA club grounds before the shooting and then transported an assailant after a Ford transit van was abandoned.

Mr Gillane said in his opening address that “an integral part of the operation” which led to Mr Byrne’s death was the means by which the tactical team escaped, which is central to the case of Mr Bonney and Mr Murphy.

“There is no evidence of that,” he added.

The barrister said the recording of data by an unregistered CCTV system was a criminal offence. 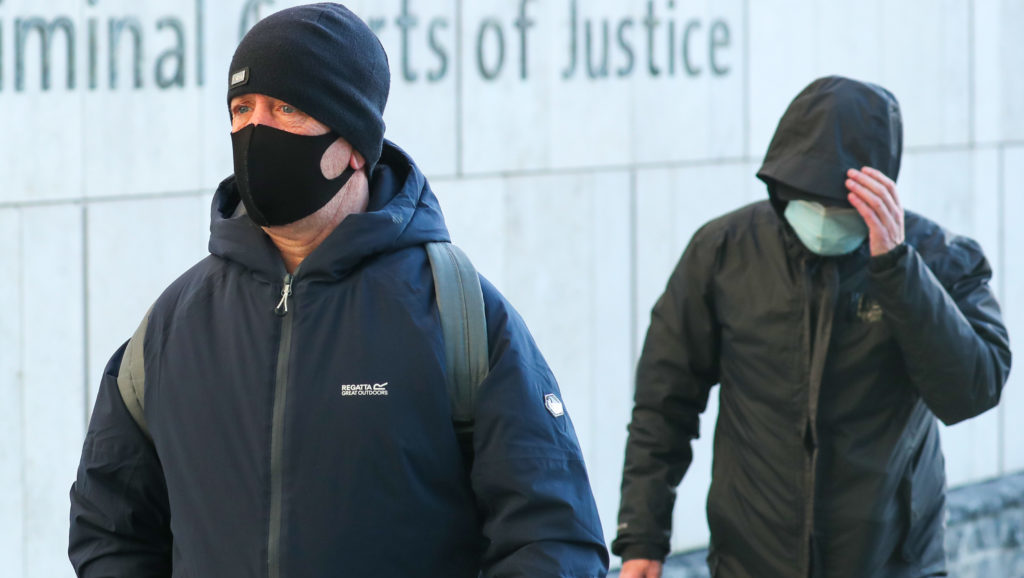 Jason Bonney (52), of Drumnigh Wood, Portmarnock, Dublin 13 and Paul Murphy (61), of Cherry Avenue, Swords, Co Dublin have pleaded not guilty to participating in or contributing to the murder of Mr Byrne. Photo: Collins Courts

Mr Condon said the CCTV breached the accused’s privacy rights. He said the right to privacy had been identified in the Constitution and the European Court of Human Rights and that there was a reasonable expectation of privacy in a public place.

In reply, Mr Gillane said this argument had not been accepted by the Special Criminal Court, the Central Criminal Court or the Circuit Court and that there was good reason for this.

In the first instance, he said there was a high constitutional imperative of long lineage to require gardaí to seize evidence. He argued that the Supreme Court had been very critical in recent cases of gardaí who had ignored this material and that “the highest court in the land” has said that there is a duty on gardaí “to go out and get this footage”.

The lawyer added that the CCTV footage was admissible unless there was an identifiable exclusionary rule requiring the court to exclude it.

The prosecution counsel submitted that the privacy right did not appear to be “tethered” to anything recognised by the court as a valid privacy right.

In summary, Mr Gillane said the CCTV footage that the State was seeking to put before the court was “manifestly relevant”, capable of being material and capable of being probative. Counsel asked the court to reject Mr Condon’s application.

Following this, Inspector Padraig Boyce agreed with Fiona Murphy SC, prosecuting, that he had already given evidence about arresting Shane Rowan on March 9th, 2016.

The witness said that as part of the same investigation on March 4th, 2016 Jonathan Dowdall was identified to him as a person of interest who was alleged to have been storing firearms and explosives on behalf of the IRA at his house on the Navan Road in Cabra.

The court has heard that Shane Rowan, last of Forest Park, Killygordan, in Co Donegal was driving a grey Vauxhall Insignia car when he was stopped outside Slane in Co Meath at 7.12pm on March 9th, 2016.

The vehicle was searched and three assault rifles modelled on original AK-47s and ammunition were found in the boot of the car.

Evidence has been given that bullet cases found at the Regency Hotel murder scene were fired by the three AK-47 assault rifles.

In July 2016, Rowan was jailed for seven and a half years for possession of assault rifles and ammunition. He was also sentenced to a concurrent sentence of four years in prison for IRA membership, backdated to March 9th, 2016.

Under cross-examination, Insp Boyce agreed with Mr Grehan that the seizure of the AK-47s from the boot of Rowan’s car and the search carried out immediately afterwards at Dowdall’s house was “very much a coordinated operation”.

He agreed that he arrived at Dowdall’s house 70 minutes after stopping Rowan’s car.

Mr Grehan put it to the inspector that he had gone “as fast” as he could to Dowdall’s house following the interception at Slane. “Without incriminating myself, yes,” replied Insp Boyce.

Insp Boyce agreed that he had a belief that Dowdall’s address was where firearms and explosives were being stored on behalf of the IRA but neither were found, only a USB key.

Detective Garda Rory Geelon said he was the exhibits officer for the search at Dowdall’s house on March 9th and had been handed a black iPhone by his colleague, which he placed in an evidence bag.

Under cross-examination by Mr Grehan, Det Gda Geelon said he was informed that the iPhone was found upstairs in the front bedroom. Asked where the USB key was located and if it was hidden, the detective said his colleague located it inside a kitchen press to the right-hand side.

The court has already heard that the contents of the USB key showed Dowdall and his father Patrick Dowdall torturing Alexander Hurley.

Dowdall was later re-sentenced to 7 years and 11 months and Patrick Dowdall to four years imprisonment after successful appeals.

John Fitzgerald SC, for Mr Bonney, then asked for two CCTV clips recorded on February 5th, 2016 to be played to the court. One was from outside Mr Bonney’s Portmarnock home, showing a flat back truck reversing towards the house at 11.38am before leaving the estate. The other was at Trinity Credit Union on Newbrook Road in Donaghmede, where Mr Fitzgerald said a truck was seen at 1.53pm and 2.31pm. The court has previously heard David Byrne was shot dead at 2.32pm.

The trial will continue on Friday before Ms Justice Burns sitting with Judge Sarah Berkeley and Judge Grainne Malone.