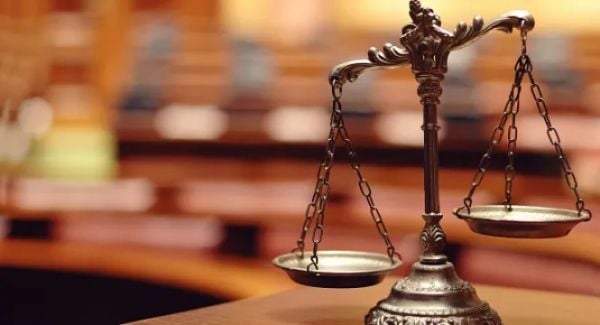 A man with a long-standing psychotic condition wants the High Court to block a hospital team from physically restraining him to administer anti-psychotic medication against his will.

Involuntarily detained under the Mental Health Act of 2001 at an acute psychiatric unit, the man who is aged in his 40s does not believe he requires the slow-release neuroleptic injection.

The patient said he has been taking anti-psychotic medication for the last 20 years to please his family and his doctors, his solicitor wrote in a sworn statement.

He now wants to stop the treatment and said he was feeling well in the weeks leading to his involuntary admission when he was off medication, the lawyer added.

The man complained to the solicitor about various side effects he believes he has suffered due to the injection, including difficulties with power and mobility in his legs.

However, the lawyer said, it is clear the man’s consultant psychiatrist said his diagnosis of multiple sclerosis is unrelated to the medication.

The solicitor wrote to the man’s psychiatrist on December 21st setting out his client’s complaints and noting he does not consent to the medication being administered. The lawyer stated that non-consensual treatment is allowed only when it is found that a person is incapable of giving consent due to their mental disorder.

The man is entitled to a formal determination regarding any alleged lack of capacity, the lawyer said, adding that he requested what arrangements had been made for such a formal determination. The patient alleged he was again restrained and non-consensually injected with medication on December 22nd.

In early January, solicitors for the Health Service Executive (HSE) responded saying the man’s treating psychiatrist and another consultant psychiatrist had concluded the patient lacked the capacity to consent to treatment.

A further letter received on Wednesday stated that the HSE is “clear that the current course of medical treatment […] is clinically necessary and lawful” and it would be continued in those circumstances.

The solicitor said a formal determination of a lack of capacity is a civil and political right, rather than merely a matter for clinical determination. The lawyer also said he was satisfied the man has the capacity to give legal instructions.

At the High Court on Thursday, the man’s senior counsel, Ciaran Craven, said it was conveyed at a mental health tribunal held on Wednesday evening that the non-consensual treatment would occur again within 48 hours. This meant the medication could be administered on Friday, he added.

Mr Justice Brian O’Moore said the court needed to deal urgently with the application, which was made while only the plaintiff was represented in court. After hearing the HSE’s lawyers have been notified of the action, the judge scheduled for the case to return to court on Friday morning.

The man wants the court to make orders, lasting until his legal case has been fully determined, to prevent the HSE and his psychiatrist from administering the anti-psychotic medication and from restraining him to give the injection.