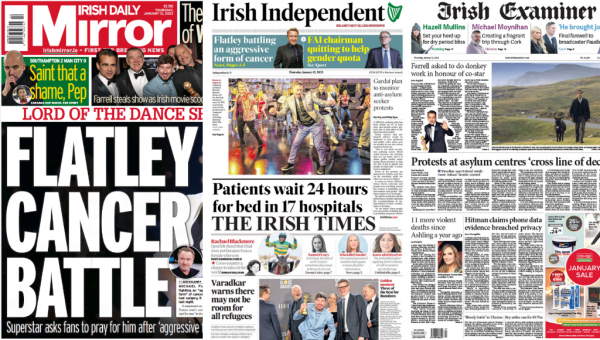 Pictures from a stellar night for the Banshees of Inisherin at the Golden Globes, discussions on refugee accommodation, and lengthy hospital delays are covered in Thursday’s front pages.

The Irish Times quotes Taoiseach Leo Varadkar, who warned the State is “not in a position to guarantee accommodation to everyone who arrives in the country” following Cabinet discussions on Wednesday. 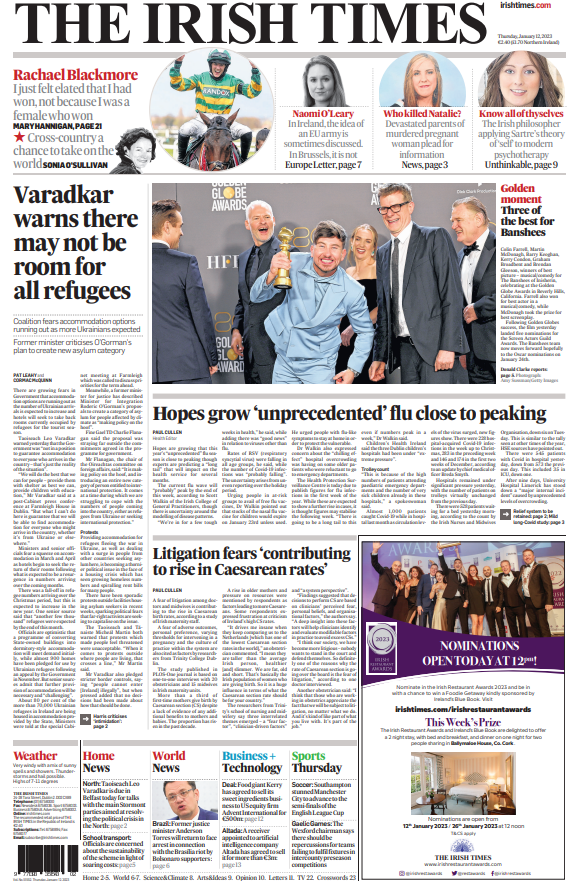 The Irish Examiner also reports on Wednesday’s talks, but focuses on criticism aimed at protests being stagged at asylum centres in parts of the country. 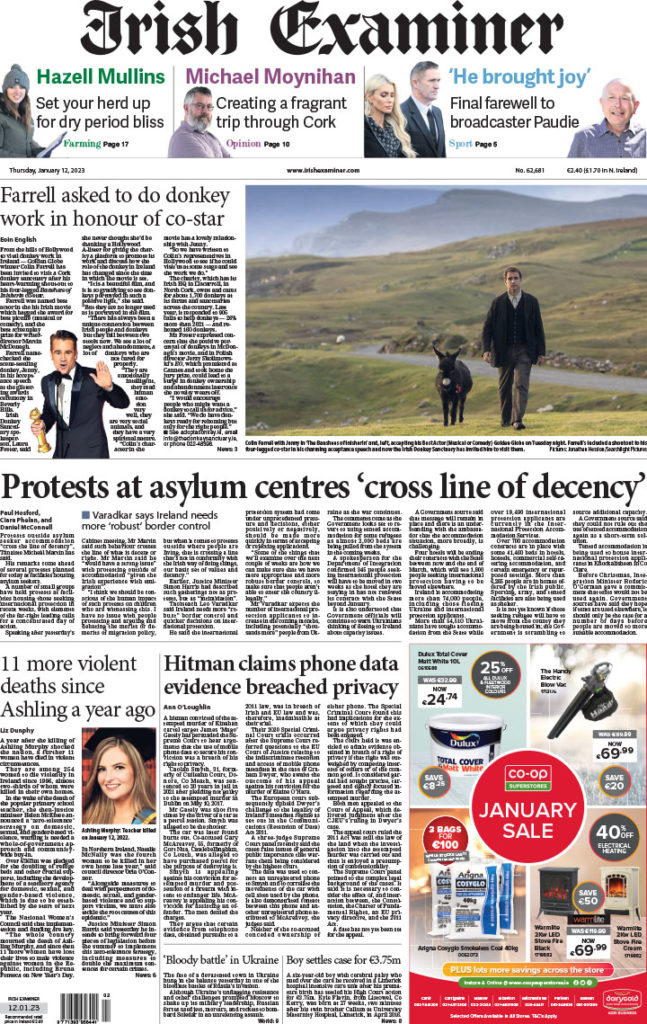 The Irish Independent reports on figures which show 17 hospitals around the country had patients waiting over 24 hours for a bed, while both the Irish Daily Star and Irish Daily Mirror cover news that Lord of the Dance Michael Flatley has undergone surgery for an “aggressive form of cancer”. 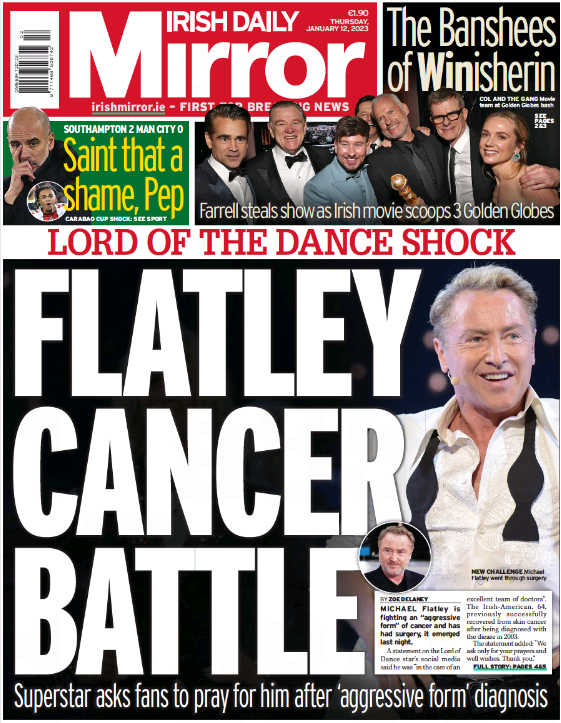 In Britain, the papers look at the Tory party, the cost-of-living crisis and industrial disputes.

The Daily Mirror and The Independent report on new allegations regarding partygate, including that former British prime minister Boris Johnson joked that the Conservatives were the most “unsocially distanced” party.

The Daily Express reports the cost-of-living crisis will ruin retirement plans for millions of Brits, while The Daily Telegraph says 750,000 homeowners could default on mortgages.

‘750,000 could soon default on mortgage’#TomorrowsPapersToday

British ministers are being asked to stop forced installations of prepayment meters after a report found that 3.2 million people were left without energy and heating last year, according to The Guardian.

The i leads on new research into long Covid.

A report on the front page of The Times suggests people on disability payments will be able to keep the benefits after returning to work.

The Sun and the Daily Star keep with the British royals following the publication of Harry’s autobiography, Spare.

The Daily Mail writes that pregnant women and new mothers are being “abandoned” by the NHS.

RMT leader Mick Lynch is on the front page of Metro with comments he will never agree to driver-only trains in return for a pay deal.

LYNCH WON’T GIVE AN INCH

And a cyberattack on the Royal Mail is front page of the Financial Times.