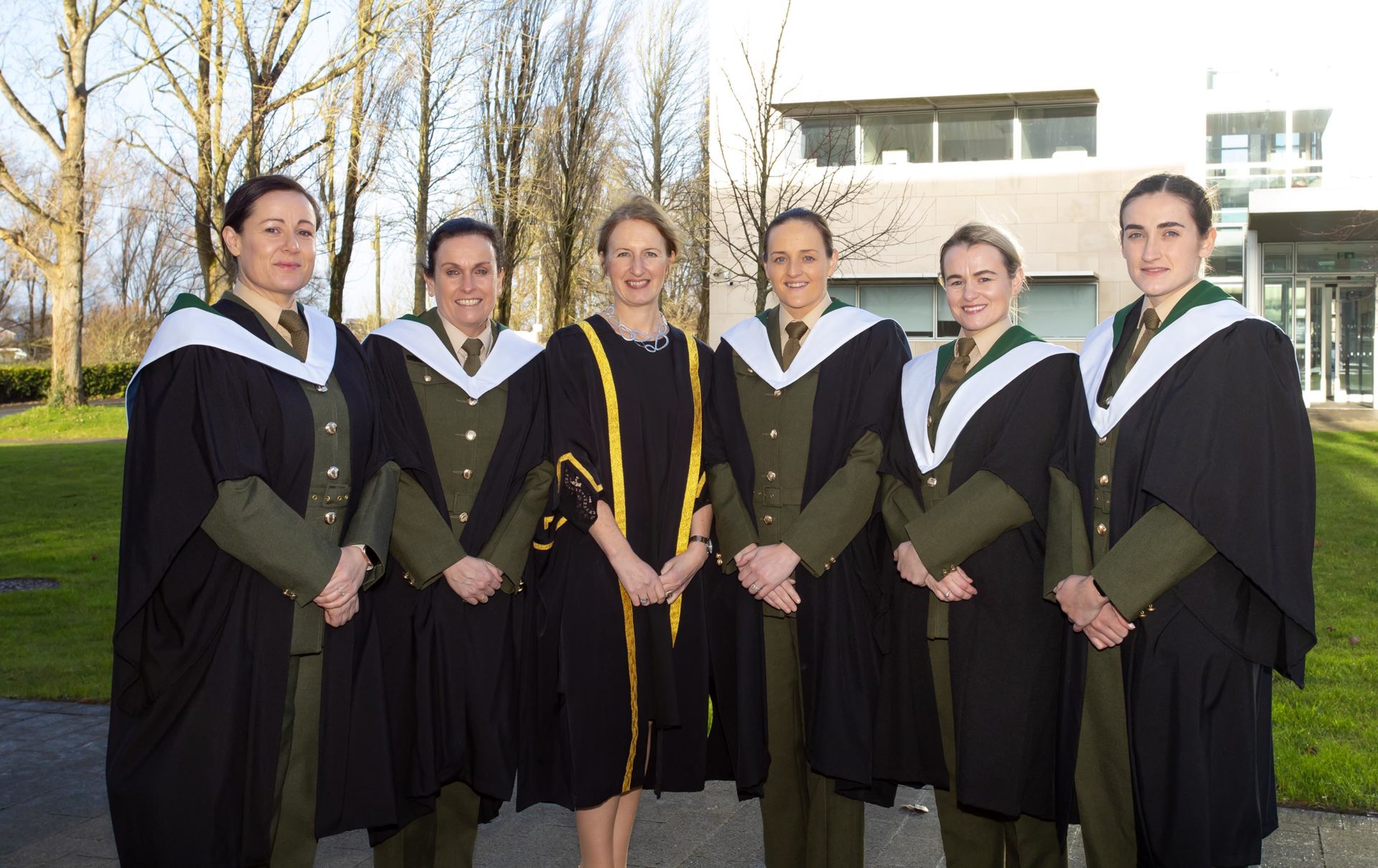 MORE than 200 military officers and enlisted personnel received their qualifications at the conferring of academic awards on members of the defence forces by South East Technological University, Carlow on Friday 13 January.

It was the first SETU conferring ceremony for defence forces personnel and their first time to receive their academic awards in person since 2019. The ceremony, which took on SETU’s Carlow campus, was the largest annual military graduation in the state from a higher education institution.

Awards this year range from Master of Science in Communications Technology Management, Master of Engineering in Ordnance, Munitions and Explosives, Engineering and Bachelor of Arts Degrees to Certificates and Higher Certificates in Leadership, Management and Defence Studies.