Arrest made after €169,000 worth of Alprazolam seized in North Dublin 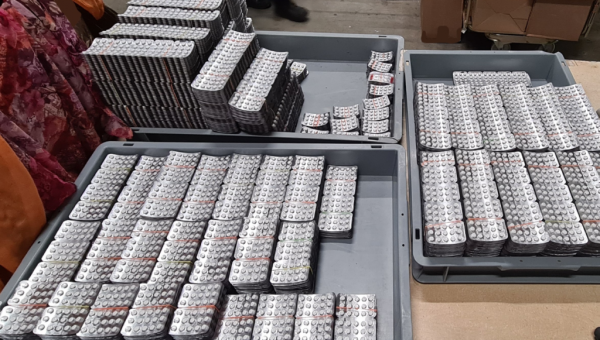 A man has been arrested after a large quantity of drugs was seized in North Dublin on Friday.

As part of a joint operation conducted by gardaí and the Revenue Customs Service, 84,510 Alprazolam tablets with an estimated value of €169,020 were seized.

84,500 Alprazolam tablets with an estimated value of €169,000 were seized and one male was arrested during an operation conducted by GNDOCB, the Coolock District Drug Unit & the Revenue Customs Service earlier today. pic.twitter.com/JiaMMRk3wl

Gardaí said the operation was part of ongoing investigation targeting those suspected of being involved in organised crime in the area.

A male in his late teens was arrested at the scene and is currently being detained at Ballymun Garda station under section 2 of the Criminal Justice (Drug Trafficking) Act 1996.

Gardaí added that investigations into the matter are ongoing.