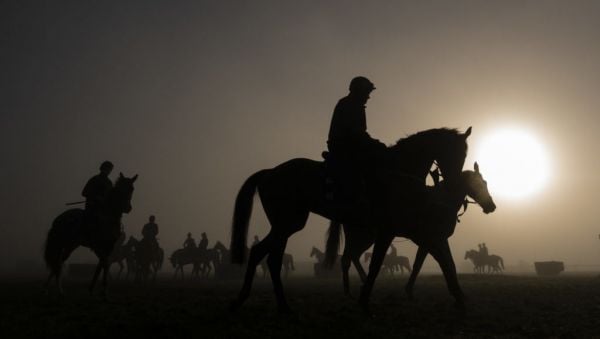 A High Court judge has dismissed a woman’s personal injuries case over a fall from a horse, but stressed that riding schools should comprehensively document accidents.

Mr Justice Cian Ferriter gave judgment this week in a case in which he concluded Clonshire Equestrian Centre and University of Limerick had no legal liability for the “unfortunate accident” that caused the student’s significant back injuries.

Clare Allen, of Newmarket, Co Cork, was entitled to bring her action given the absence of full and properly documented investigations into the 2013 accident and the absence of proper records about the horse’s past use and health, he said.

The judge criticised Clonshire’s failure to disclose in a timely manner documents to Ms Allen that were relevant to her claim.

He could understand why the plaintiff’s team was suspicious about the dearth of reliable records for the horse, named Mocha. However, defence witnesses satisfied him at the trial that the absence of records was explained by poor administration rather than any deliberate inappropriate conduct on Clonshire’s part.

Setting out the background of the case, the judge said Ms Allen, an experienced rider, was participating in a horsemanship class as part of her equine science degree when, she claimed, Mocha bucked, refused to cooperate with her guidance and threw her violently to the ground.

She suffered severe pain and injuries including a two-part fracture to one of her lumbar vertebrae. She continues to experience lower back pain.

Mr Justice Ferriter noted she accepted horse riding is a risky pastime, having had some 10 falls prior to the 2013 incident.

She alleged the accident was caused by the negligence of Clonshire and/or University of Limerick by providing her, without prior warning, with a horse with a known propensity for bucking. She also claimed the surface of the arena was inappropriately hard and that the defendants failed to provide her with a body protector for the lesson.

Clonshire, which was contracted by the university to provide horses and its centre for the classes, contended Mocha was entirely suitable and had been used for less experienced riders. A rider was unseated from him about eight days earlier, but this was not due to bucking, the centre said.

The university claimed it was not aware of any disposition for Mocha to buck and, if the court was to find against it on this point, liability should rest with Clonshire. It said body protectors were available, but the plaintiff chose not to wear one.

Another student present at the time gave evidence in court that largely echoed Ms Allen’s account of the incident and said the horse had a bucking tendency. By contrast, the instructor said she perceived the plaintiff panicked after a jump and tensed.

While the judge accepted as credible the instructor’s explanation for why her account at the trial was more detailed than in the university’s accident report form, he said her view that the incident was due to rider error in the original report “should have been clearer”.

Clonshire did not complete an accident report form for the incident, and it was “hard to see how this is compliant with good practice”, the judge said, adding that he hopes lessons will be learned.

Mr Justice Ferriter accepted that Mocha bucked after jumping a low hurdle and this was sufficiently severe to cause the plaintiff to lose control of the horse and become unseated.

He did not believe Ms Allen made out a case of negligence for not being directed to wear a body protector for the exercise. He accepted the defendants’ evidence that students were informed during their orientation at Clonshire that protectors were available if they wished to use them but were not mandatory for the type of session during which the accident occurred.

The judge also came to the view, after hearing from experts for the defendants, that the surface material used in Clonshire was “state-of-the-art”, properly maintained and appropriate for the class.

Mr Justice Ferriter preferred the evidence of the Clonshire and university witnesses over that of the other student regarding Mocha’s alleged propensity to buck.

There were some issues with the other student’s recollection of the incident and surrounding circumstances, said the judge, adding that he believed the man’s memory became “conflated with rumours and hearsay” that may have been circulating after the accident.

It was the judge’s view that the event was an accident that cannot be attributed in law to any wrongdoing on the part of the defendants.

In light of his findings about the failings in record keeping, thorough investigation and document discovery obligations, the judge said it may be appropriate for Ms Allen to be awarded a portion of her legal costs.