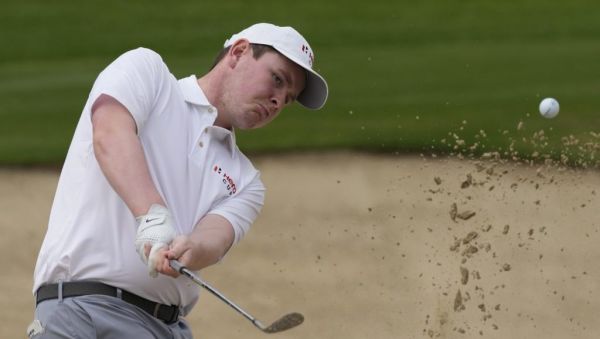 Continental Europe secured a 3-2 lead after the opening day of the Hero Cup as course form failed to pay dividends for Great Britain and Ireland.

GB&I captain Tommy Fleetwood, Shane Lowry and Tyrrell Hatton have all tasted victory at Abu Dhabi Golf Club before but failed to contribute a point for the pre-event favourites.

Fleetwood and Lowry fought back from three down with nine holes to play against Alex Noren and Thomas Pieters before Noren’s birdie on the par-five 18th sealed a narrow win, while Hatton and Jordan Smith also lost on the last to Thomas Detry and Antoine Rozner.

Slender lead for Continental Europe at the end of the opening day 👀#HeroCup pic.twitter.com/8S24qa0tTn

The only win for Fleetwood’s side came from Robert MacIntyre and Seamus Power, who were 10 under par in beating Sepp Straka and Adrian Meronk 4&3, with the day’s other two fourball matches both halved.

Matt Wallace and Callum Shinkwin halved with Victor Perez and Guido Migliozzi thanks to Wallace’s birdie on the 18th, while Richard Mansell also birdied the last to ensure he and Ewen Ferguson halved with Europe captain Francesco Molinari and Nicolai Hojgaard.

“I think it was a good team performance on the first day,” said Fleetwood, whose side trailed in four of the five matches at one stage.

“I think in the end, to get out of that session 3-2 we’ll definitely go back to our team rooms feeling the better. I just said to the guys I trust them to get something out of it at the last and be very tough coming down that last hole.

“I think it was very close, and there’s a long way to go but happy that we all got our first competitive round of the year out of the way. I think we’ve established what this team competition is really about, and I think to get the adrenaline flowing down those last holes was great.”

Molinari, who partnered Fleetwood to four wins in the 2018 Ryder Cup and also beat Phil Mickelson in the singles for a perfect 5-0 record, said: “I’m really, really happy and proud of how we started today. My guys did amazing.

“Obviously it’s a long way to go but it’s always nice winning a day, winning a session. The challenge tomorrow is two sessions so you need to be mentally ready for that.”

All 20 players will contest each session with two sets of five foursomes matches scheduled for Saturday and 10 singles matches on Sunday.