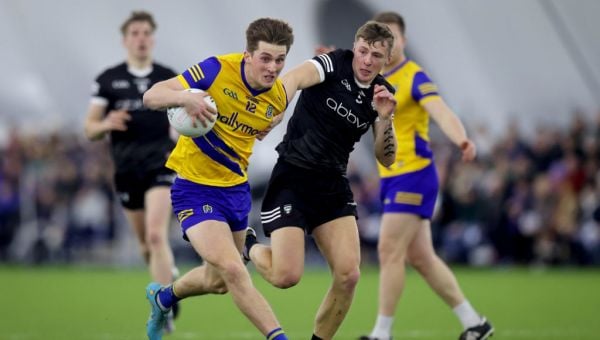 Sean Carrabine got Sligo off to a strong start with a goal 12 minutes in, but Roscommon’s Ben O’Carroll was quick to respond with a green flag of his own a minute later.

With very little to separate the sides, a penalty for Sligo gave Paddy O’Connor room to kick his county into a two-point lead which they were able to extend to three points by the break.

However, the second half didn’t follow a similar format for Tony McEntee’s men after Donal Conlan saw red just minutes after play resumed.

A point up with 23 minutes gone in the second half, captain Keith Doyle extended the Rossies’ lead with a goal, later adding a second to his tally in the closing minutes of the game.

Roscommon will now meet Mayo or Galway in the final next Friday.