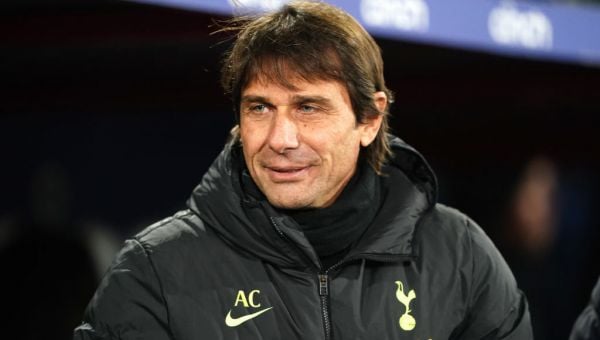 Tottenham boss Antonio Conte admits Arsenal have a “great opportunity” to win the Premier League this season but warned the big test starts now for the leaders.

Spurs host their north London rivals on Sunday eager to boost their top-four hopes while Mikel Arteta’s team will aim to keep their healthy advantage at the summit.

Arsenal have spent the majority of the season in first position but dropped points in their last league encounter, a 0-0 draw with Newcastle, and face another stiff challenge this weekend.

Conte said: “When you are at the top of the league the perception of your opponents change totally.

“You are in that moment the best team in the league. For this reason, everybody wants to try to beat you.

“For sure, Arsenal has to face this situation of being favourites to win the league at this moment because they are top of the table. They have to show they are good to face this type of situation.

“In the last 10 years it was always the same, between (Manchester) City, Chelsea and Liverpool. Maybe Leicester.

“Now Arsenal have a great opportunity. They are working for many years in a project. They are doing very well. They sent away a lot of players, and bring in many players and they spend money to do it.

“I think they are doing very well. Now they have to show they can stay there until the end of the season because I’m sure Manchester City doesn’t agree and will feel the real possibility to win (the title) again, especially because Liverpool already lost a lot of points. The same for Chelsea and (Manchester) United.

“I think it is a battle between Arsenal and Manchester City.”

Ahead of this weekend’s derby, Conte highlighted the importance of showing respect to referee Craig Pawson.

Arsenal have been charged by the Football Association twice this month for failing to control their players in matches with Newcastle and Oxford.

“You have to show respect in every situation and especially also with the referee because I know very well the difficulty to be a referee, to take decisions,” Conte added.

“I think to intimidate or to create a bad atmosphere is not fair. I don’t like this. I hate the people that try to do it.”

Recent encounters between Tottenham and Arsenal have produced penalties and red cards.

A spot-kick for Spurs would likely allow Harry Kane the chance to draw level with the club’s current record scorer Jimmy Greaves, whose tally stands at 266.

It would be Kane’s first penalty since his World Cup miss against France.

But Conte insisted: “He has a big, big personality to know that he is a player that is going to continue to score, to take penalties, but he has already overcome the negative situation.”

Kane is one of Tottenham’s longest-serving players in a squad with a mixture of youth and experience.

Arsenal, meanwhile, have hit top spot with a group containing several youngsters but Conte pointed out Arteta has had time to work with them.

“It’s normal when you work with the same young players and after four years they develop and become stronger,” Conte said.

“If you want to accelerate the process it is important to bring experienced players, winners, who know how to win, but you have another way, which is you need to have time and patience to develop young players.”