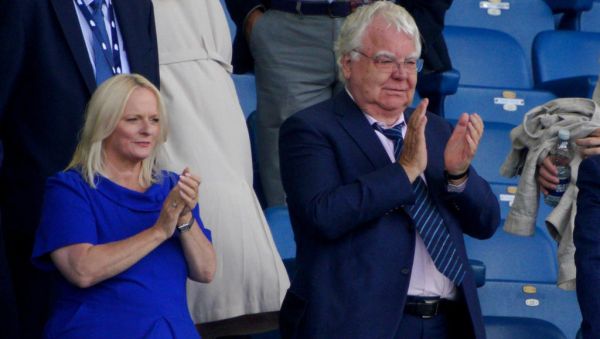 Everton’s board of directors will not attend their Premier League game against Southampton due to a “real and credible threat to their safety and security”.

Fans are understood to be planning a protest at Goodison Park in the wake of last week’s embarrassing 4-1 home defeat to Brighton.

In a statement, Everton called the decision “unprecedented” and said it was “a profoundly sad day” for the club.

The club said: “The board members received the instruction following malicious and unacceptably threatening correspondence received by the club and increasing incidents of anti-social behaviour – including targeted physical aggression – at recent home matches.

“This is an unprecedented decision for Everton Football Club – never before has our entire board of directors been ordered not to attend a match on safety grounds. It is a profoundly sad day for Everton and Evertonians.”

Everton’s capitulation against Brighton left them in the relegation zone with just three wins from their 18 matches so far this season – with the rock-bottom Saints one of only two teams below them in the table.

But owner Farhad Moshiri said he would stand by under-fire boss Frank Lampard in an open letter this week, despite admitting his previous five sackings since his arrival at the club were driven by adverse fan reaction.

“Some of the decisions we have taken are together with the fans,” he told talkSPORT.

“Older (former) managers who have left have been driven by the fans, not by me initially.”

Having given his backing to Frank Lampard in an open letter published on Wednesday Moshiri reaffirmed that support, adding: “You have to stay with the manager to get the systems going, the players he buys. I have a lot of faith in Frank to get it right.”

However fans have become increasingly frustrated by a perceived lack of communication from Moshiri, and announced they were planning a sit-down protest at the conclusion of Saturday’s match.