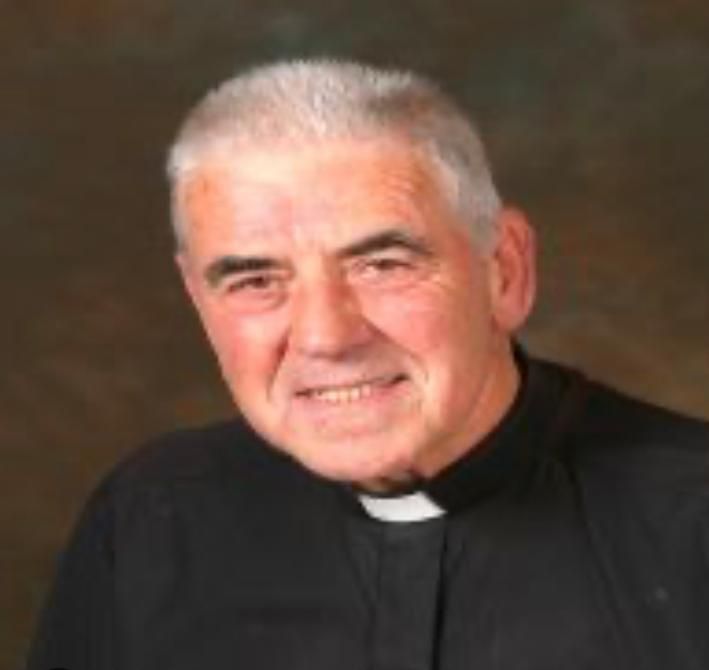 FR Denis Murphy, parish priest of Doonane, Co Laois, whose death occurred on Monday 19 December at Carlow District Hospital, was a greatly-loved pastor to his parishioners, having served them faithfully for 26 years.

Fr Denis was ordained in 1966 for the Middlesborough Diocese, England, but served in Chile with the Columban Fathers for five years. He held an appointment in St Wilfrid’s, York before coming to Kildare and Leighlin, initially on a temporary basis in Bagenalstown, before incardination in 1980 saw him with appointments in Bagenalstown, Borris, Hacketstown and then to Doonane in February 1996.

At the start of Fr Murphy’s funeral Mass in St Abban’s Church, Doonane on Thursday 22 December, chief concelebrant Bishop Denis Nulty said that Fr Denis “was loved by all generations in these parts”.

Bishop Denis told the congregation that his prayers and thoughts were with Fr Denis’s nieces Margaret and Eleanor and his nephew Pat. “I’m conscious of his great collaborator and friend Isabella Mulhall, who worked alongside him for 37 years. I also include his grandnephews and grandnieces, relatives, neighbours and parishioners here in Doonane/Mayo, his brother priests and all of us who knew and loved Denis. We cannot but be struck by the amount of young people who have a deep affection for Denis – then again, in 26 years he had sacramentalised most of you.”

Bishop Denis said Fr Murphy had one request: that nothing would be said about him at his funeral; he didn’t want any eulogising.

“If I wanted to say something, I have enough material for a series of homilies from reading the condolence section on rip.ie. They speak of his smile that was adored by all, young and old. They mention how he loved to keep meetings short! They describe someone who was dedicated, thoughtful and unpretentious, several using the phrase ‘a true gentleman’.

“They refer to his Mass, ‘special and short, which he was known and loved for’.”

Continuing his homily, the bishop noted that the last burial of a priest in Doonane was in 1876. Since then, the average length of appointments for the 14 priests who served there was eight-and-a-half years, before Denis’s appointment in 1996, where he would minister for 26 years.

The bishop continued: “He kept going practically until the very end, until he simply wasn’t able to. I noticed his breathing becoming very laboured, even the smallest thing was an ordeal for him. And it’s sad when we think of the frame of a man he was, who spoke passionately about Kilkenny hurling and loved to rib about Laois football – but then I’m not given permission to mention any of that! A son of Paulstown parish, Denis never forgot the black and amber.

“If I were allowed to speak of his style of ministry, the conversations outside the church maybe were longer at times than those within the church walls. In Borris, he would speak about the mart and the price farmers were getting for their cattle or sheep, or the early days of Mount Leinster Rangers, when he served as chair when the club was formed.

“In Hacketstown, it might have been about the battles fought there around the 1798 rebellion and, of course, he would have a go at Wicklow, who might be playing in the Battle of Aughrim the following Sunday.

“In Bagenalstown, about the matches that Sunday, or who might be marrying, or close to death’s door.”

Bishop Nulty said Denis was proud of Doonane parish being the birthplace of Bishop Francis Haly. “He mentioned it to me at my first Confirmation dinner here.

“That was the year when, in my introduction at the Mass, I talked about this being my first Confirmation in Co Carlow. He bellowed from the sacristy as he was charging up the thurible, ‘Laois!’

“He loved hosting those Confirmation dinners; he was a great host and we, as a diocese, will fondly miss him, but know he has fought the good fight until the very end.

“If he had let me, I might have liked to have finished with a well-worded tribute from the many on rip.ie: ‘You’ve left nothing behind but goodness, fond memories and smiles on our faces, a feeling of being supported, of being heard and many laughs along the way’.”

Following Mass, Fr Murphy was laid to rest in the adjoining cemetery.

Rosary was recited in memory of Fr Denis on Tuesday 20 December in The Church of the Blessed Virgin Mary, Mayo, with removal of his remains to St Abban’s Church on Wednesday afternoon, with prayers at 7pm.

Fr Murphy was predeceased by his parents John and Margaret Murphy, brother Eamonn and sisters Rita, Betty Morrissey, Sr Anna (Cross and Passion) and Sr Breda (Cross and Passion), and his passing will be sadly missed by Bishop Nulty, fellow clergymen and colleagues.