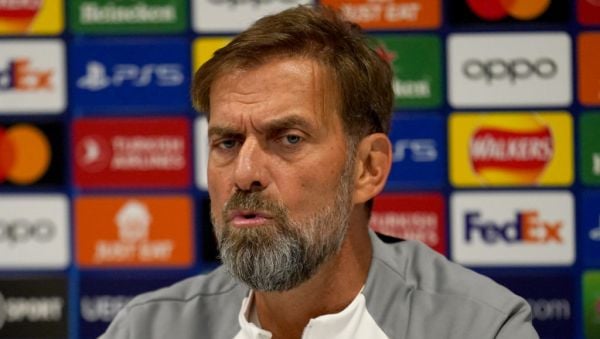 Liverpool manager Jurgen Klopp has finally admitted last season’s unprecedented number of matches may have caught up with them.

His side won a Carabao-FA Cup double, took their bid for a second Premier League title in three years to the final day and lost the Champions League final by a solitary goal.

That amounted to a campaign in which they played every match which they were eligible for – 64 – and in addition to the physical effort there is also the emotional toll to consider.

But injuries have hampered a season which has seen Klopp’s team lose five times in the league leaving them seventh heading into the weekend, 16 points adrift of leaders Arsenal and seven off the top four.

They did, however, qualify for the knockout stages of the Champions League with a match to spare.

Asked whether last season had impacted this Klopp, who had previously dismissed the suggestions, said: “It must have. Must have. We can say that now.

“We were in a super positive mood, we could have won everything and then all of a sudden we don’t win everything. That’s how it is. It can happen.

“They all looked fine (at the start of this season) and then it started with Diogo coming back from international duty and getting injured and then ‘Bam, bam, bam’.

“Earlier in the season midfielders were not available so that’s why we brought in Artur (on loan from Juventus) who then got injured.”

While Klopp’s current problems are up front midfield is an area which does need strengthening with his first-choice trio Thiago Alcantara (32 in April), Jordan Henderson (33 in June) and Fabinho (29) have to bear the load.

“The players who are fit have to play all the time which means they cannot always fly,” added Klopp.

“That’s why we are where we are and we discuss it like we are bottom of the table but we are not.

“When you are Liverpool and the distance to the Champions League (places) gets bigger then it feels like you are bottom of the table but thank God we are not.

“Just because we are Liverpool doesn’t mean we are not allowed to have problems. No, we have to deal with it. That’s how it is. Other teams have problems as well.

“There are a lot of games to come and players come back.”