Lampard denies Everton have forgotten how to win after Southampton defeat 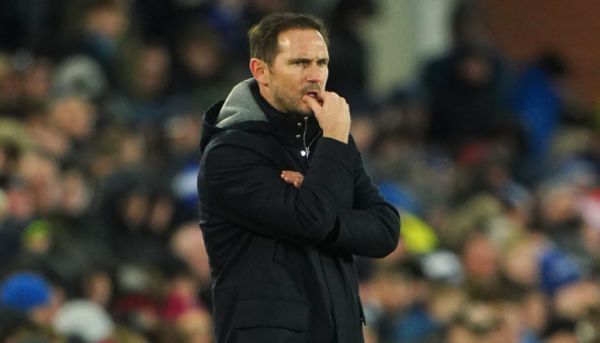 Under-pressure Everton manager Frank Lampard denies his side have forgotten how to win but admits the damaging 2-1 defeat to fellow strugglers Southampton could have been avoided.

His side got themselves in front courtesy of Amadou Onana’s first goal for the club since joining in the summer with a header from a corner shortly before half-time.

However, James Ward-Prowse equalised two minutes into the second half and then delivered the decisive blow from a 78th-minute set-piece to move within two of David Beckham’s Premier League free-kick record of 18.

Everton’s 15 points from 19 league games is the joint-lowest in their history – taking into account games adjusted to three points for a win – and the last time they had this number they were relegated in 1951.

It has left Lampard under huge pressure after just one win in their last 11 league matches.

“Obviously really disappointed with the result. It’s a game that could have gone for us or against us,” said Lampard, who apologised for arriving for his press conference almost 90 minutes after the final whistle.

“It was a tense game, one that we lost. Frustrated to lose, frustrated for everyone.

“I don’t know about forgetting how to win. Sean Dyche (the former Burnley manager) said that about us last season and we went and beat Man United.

“It’s clear in football that sometimes if you aren’t winning games it can become contagious in terms of confidence and we know we are in that spot.

“When you go 1-0 up it is crucial you dig in and don’t make a mistake to give a goal away early in the second half.

“Both of their goals could have been stopped from our point of view. It feels like a casual statement -‘forgetting how to win’ – but I understand the point – we are in a period of games where we are not winning.”

Threats made to senior Everton officials during the week meant the entire board were ordered to stay away from the game but Lampard did not want to use that distraction as an excuse.

“It’s a difficult time. I don’t have thoughts as such in that I don’t want to comment on it on the back of the game, I’m more concerned about the game and that we didn’t win it,” he added.

“That’s my first port of call – that’s not me making light of anything, I understand the situation we are in here, I hear the noise but I have to keep working.

“The one thing I suggest, which is really important for me, is everyone involved here in every side is for Everton. We want to be successful, we are passionate about what we do.

“We need to just work in our own way to do the best and my own way is to wake up tomorrow morning and go: ‘OK, let’s go again’.”

While the vital win, only their fourth of the season, did not lift them off the bottom of the table it put them back in touch with their relegation-threatened rivals.

Everton are only above the Saints on goal difference and the relative safety of 14th is now just two points away for Jones.

Nathan Jones reflects on a week to be proud of for #SaintsFC:

“Very good. A long time coming. I felt it’s been coming, I felt the form was there,” he said.

“I thought we were tactically excellent today. Second half we came out really aggressive.

“We were very calculated at half-time. It wasn’t a hairdryer. We said: ‘Let’s go after the game,’ and we did. To score so quickly settled us down.

“It was vital today not to lose the game because Everton would go away from you.

“We’ve pulled others back in but there’s a long way to go yet.

“You have to keep building momentum and picking up points and get to a point where you are in a far better position.”