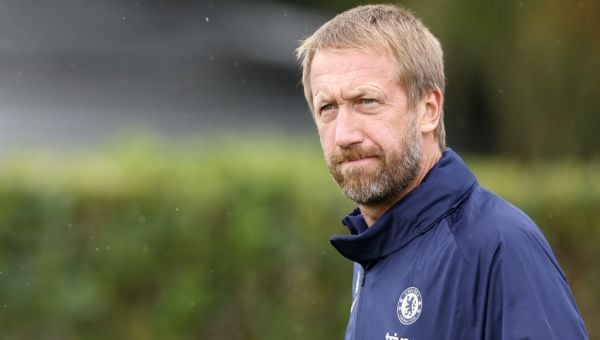 Graham Potter insists he has the full support of the Chelsea board, but admits there will always be questions about the future of a manager when the team are enduring a poor run of form.

The Blues have won just one of their last nine Premier League matches ahead of the visit of London rivals Crystal Palace on Sunday.

Chelsea went into the weekend 10 points behind the top four and just 10 points above the relegation zone, and Potter revealed there has been pressure on his shoulders since he took the reins in September.

“I think there’s always questions if you don’t get results,” he said. “I was under pressure after the two defeats before the break – and that’s from the media.

“But in terms of the board, I’ve had full support, but I’m not naive.

“If anyone that I work for thinks that the problem lies with me then they have every right to say, ‘thank you very much but it’s not working’ and I accept that.”

Chelsea have been contending with an injury crisis for the majority of Potter’s tenure and will be without 11 players for Sunday’s match.

However, despite Chelsea’s recent form, Potter was keen to shift the blame away from the players as he continues to battle an injury crisis at Cobham.

“From what I get, from what I see, they are professional, they’re responsible, they’re honest,” Potter said.

“We’re in a bad moment and we’ve got challenges and I think everyone suffers from that point. January is complicated no matter where you are because the window is open and human beings are human beings.

“But I don’t see any problems in that regard, the boys – I have their support, they have mine and we just need to keep working.”