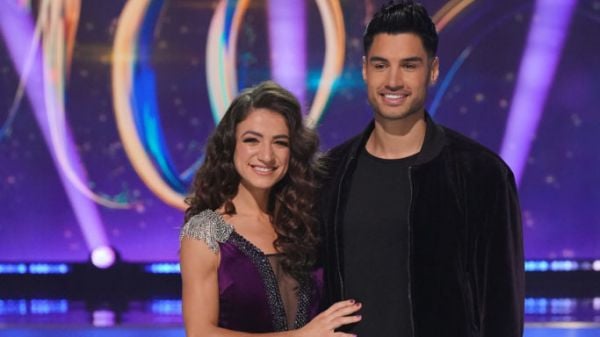 Siva Kaneswaran has said he was “scared” after hitting his head while practising for his first performance on Dancing On Ice.

The Irish singer, from boy band The Wanted, is competing in ITV’s celebrity ice skating show with his professional partner, Klabera Komini, and the first episode of the new series airs on Sunday.

The 34-year-old said: “I banged the back of my head. I’ve got a mild concussion as we speak so I’m seeing double a bit.”

Kaneswaran said his doctor had advised him to “not look at bright lights” and “avoid screens” for a while.

“I literally felt the back of my head, thinking, I’m like, I’m broken, but then once the medics came over and checked on me, they said ‘You’re all good, it was a minor bump’.

“I scared myself on the day… but overall, I’m very positive now.”

Asked how he is feeling ahead of the first performance, Kaneswaran said he is “really confident” and “focused”.

“I’m going to do my best, and, when I look back at this, I want to know that I gave 120% and I made my family and friends and everyone proud and myself proud.

It’s time to reveal the Celebrities who will be skating in our first episode of 2023 and what track will be the soundtrack to their first-ever dance! 🎶⛸️

Kaneswaran said he decided to do the show after “witnessing” the courage of his bandmate Tom Parker, who died last year aged 33 after being diagnosed with a brain tumour, and to raise awareness of the illness.

He said he has also spoken to radio DJ Sonny Jay, who won Dancing On Ice in 2021, and The Wanted bandmate Jay McGuiness, who won Strictly Come Dancing in 2015.

“(Jay’s) giving me some tips on, like, my form and how to put my posture, which I found really helpful. Honestly, it’s a team effort.”

– Dancing On Ice airs on Sundays on ITV and ITVX.