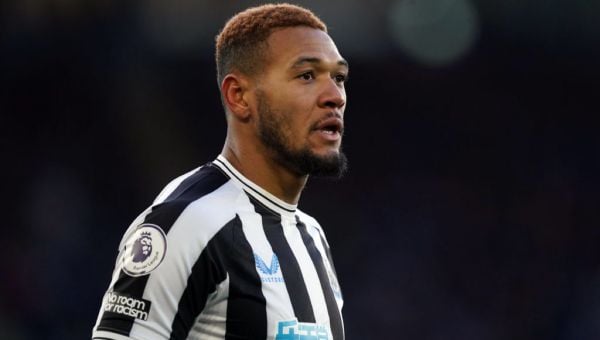 Joelinton kept his place in the Newcastle starting line-up for Sunday’s Premier League clash with Fulham despite his midweek arrest for drink driving.

The 26-year-old Brazilian was named in an unchanged side for the game at St James’ Park three days after he was charged with driving whilst above the prescribed limit for alcohol after being stopped during the early hours of Thursday morning.

Magpies boss Eddie Howe had admitted at his press conference on Friday morning that he was undecided over what to do with one of his key performers in recent months.

Howe said at the time: “I’m going to have to reflect and analyse on that and I’ll make a decision closer to the game in consultation with him, so I’m not 100 per cent sure.

“My relationship with Joe is very good. I have sat down with him and will do so again.

“Ultimately, I have to pick the best team to win the game, that’s my job, but I also have to take into account the situation around that.”

Joelinton has established himself as one of the stars of Newcastle’s resurgence after emerging from the doldrums of his days as a misfiring £40million striker on Tyneside to reinvent himself as an influential midfielder.