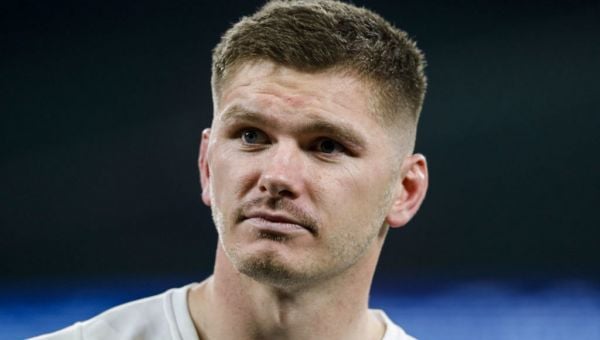 Owen Farrell is set to be available for England’s opening Six Nations game against Scotland on February 4th after the Rugby Football Union confirmed his ban for a dangerous tackle will have been deemed fully served before the tournament begins.

Farrell faced a disciplinary hearing after his shoulder made contact with the head of Jack Clement in the 75th minute of Saracens’ Gallagher Premiership victory over Gloucester.

The four-match suspension would have prevented him from running out at Twickenham in Steve Borthwick’s first match in charge.

However, when announcing the ban, it was set to be reduced to three weeks if Farrell completed the World Rugby Coaching Intervention Programme.

Farrell, though, would not normally have been available for the Premiership match against Bristol on January 28th as any player in the Six Nations squad does not feature for their club the weekend before.

As such, the disciplinary panel could have revised what constitutes the ‘meaningful’ fixtures which make up the ban and therefore included the Scotland game within those.

This will be reduced to a three week ban if the player completes the World Rugby Coaching Intervention Programme.#YourSaracens💫

Nevertheless, Farrell – who told the disciplinary panel that he would take the tackle technique coaching course – will be back with Saracens to play against Bristol, so then clearing him to feature for England in the Calcutta Cup clash.

On Saturday, the RFU said the 31-year-old fly-half would be available for selection against the Bears.

A statement from the governing body read: “The RFU has written to Saracens confirming the availability of Owen Farrell for the Saracens game against Bristol Bears on 28 January.

“After a three week ban and completing the World Rugby Coaching Intervention Programme, Farrell would be available for selection for England v Scotland on Saturday 4 February 2023.”

Farrell is competing with Marcus Smith and George Ford for fly-half duties and is also England’s current captain, although Borthwick may appoint a new skipper.