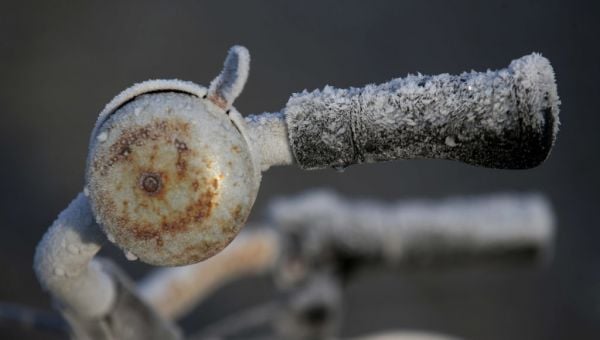 A status yellow ice warning is currently in place for the whole country.

Hazardous travelling conditions are expected, especially on untreated roads and footpaths. Some patches of freezing fog are also possible.

Cold this morning🥶 with a sharp frost, patches of mist/fog🌫️ & icy stretches❄️ which may linger in places.

Mainly dry with sunny spells🌤️. Showers🌦️ in W Munster will mainly become confined to the SW coast by noon.

Showers in N Ulster, some wintry🌨️

The yellow alert began at 6pm on Sunday and will remain in place until 12pm on Monday.

A similar warning from the UK Met Office is also in place for the six counties in the North, lasting until 10am on Monday.

Overnight, temperatures were due to fall to between -4 and 1 degrees, with the coldest temperatures hitting the north of the country, as well as showery outbreaks of rain and sleet.

Some patches of freezing fog are also possible. 🌫️

Monday’s temperatures are not expected to climb far beyond freezing, with highs of between 1 and 4 degrees, before sharp frost sets in again on Monday night, falling to around 0 to -4/-5 degrees.

Outbreaks of sleet and snow may affect parts of the west and south overnight on Monday, and some freezing fog may form in parts.

Tuesday too will see some outbreaks of sleet and snow as afternoon temperatures struggle to reach further than 4 degrees.