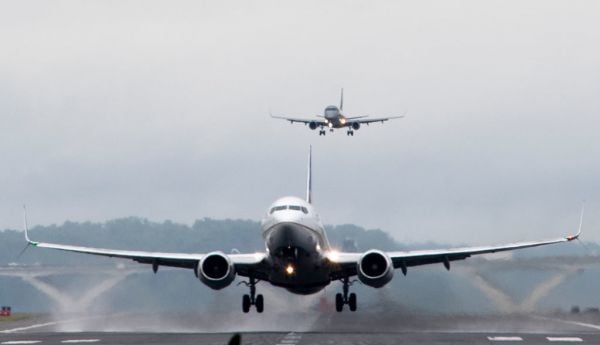 China’s abrupt decision to lift Covid-19 travel curbs could accelerate a global recovery in air traffic – but after widespread staff shortages, the airline industry is now struggling with a shortage of jets, financiers said on Monday.

The world’s two largest aircraft lessors, Dublin-based AerCap and Chinese-owned Avolon, both predicted on Monday that global traffic would return to normal levels as soon as June – months earlier than most industry predictions.

“We are seeing a very strong rebound in travel,” AerCap chief executive Aengus Kelly told the Airline Economics conference in Dublin, the world’s air finance capital. “I think we will see a full return to 2019 in the middle of the year.”

After a 70 per cent recovery in passenger traffic last year led by Europe and North America, Asia will drive growth in 2023, helped by the reopening in China, Avolon said in a report.

Others are more cautious.

“Airlines are not dramatically increasing their frequency to China. It’s going in the right direction but … it’s going to take some time,” aviation adviser Bertrand Grabowski said.

“For now, I think we must think about China in a cautious way,” Rob Morris, head of global consulting at Ascend by Cirium, added. “Passenger confidence is going to be a key thing.”

Data so far suggests Chinese are resuming travel ahead of the Lunar New Year, despite worries about infections, with passenger traffic jumping to 63 per cent of 2019 levels since the annual travel season began.

The rebound comes after the crippling impact of Covid-19 globally saw dozens of airlines go out of business and wiped billions of dollars off balance sheets.

In a sharp reversal, the industry’s biggest worry is getting hold of enough narrow-body jets, which are the most widely used, to meet demand as battered supply chains delay new deliveries.

On top of that, severe bottlenecks in maintenance, repair and overhaul (MRO) plants are frustrating efforts to keep existing jets in regular service or get others out of storage.

Leasing chiefs used the Dublin conference stage to hammer planemakers over delivery delays, with Steven Udvar-Hazy, executive chairman of Air Lease and one of the industry’s founders, saying manufacturers had “grossly misjudged” output.

Privately, many airline executives acknowledge the shortages have allowed them to hold air fares higher to help replenish balance sheets, cushioning them against fears of a recession.

The same is true of aircraft rentals charged by lessors, some of which have on average risen by double-digit percentages over the past 12 to 24 months, according to Morris.

“China is the second-biggest market in the world in aviation. And if they’re successful with the opening of borders – which is somewhat debatable given the rise of Covid in China as we speak – that’s bound to help with traffic going up.

“The one thing that’s not clear is whether there is enough aircraft supply to meet demand.”

Inflation is driving up prices of aircraft spare parts, while raising questions over the resilience of travel demand.

All airlines face volatile oil prices, and those in most emerging markets face a steep rise in the cost of dollars needed to pay for aircraft rentals and fuel.

All this is happening while the industry is figuring out how to implement and pay for pledges to reach net-zero emissions by 2050.

This week’s gathering of more than 2,000 financiers, lessors, investors, airline bosses and manufacturers will spawn hundreds of private meetings to whip up financial backing for newly delivered aircraft or to find new homes for old ones.