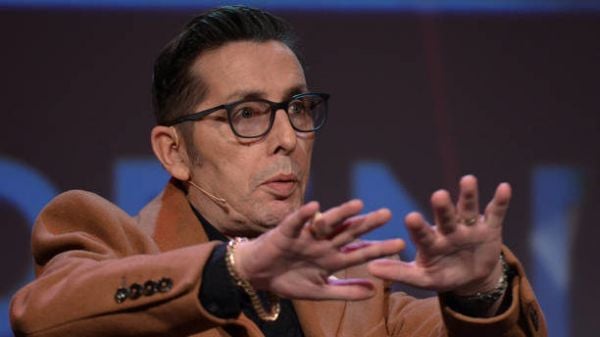 Christy Dignam, the lead singer with rock band Aslan, is receiving palliative care at his Dublin home, his family have said.

The singer was diagnosed with amyloidosis, a rare blood disorder associated with certain cancers, in 2013 and was told he had just months to live. However, he has been fighting the disease for almost a decade.

On Monday morning Christy and Kathryn Dignam, their daughter Kiera, son-in-law Darren, and grandchildren, were prompted to share an update on his health “in response to the large number of media enquiries received”.

The statement said that Dignam was admitted to Beaumont Hospital in July last year and spent “the next six months in the care of the Haematology and Cardiac Care team”.

Since December the singer has been “at home and is being cared for lovingly by family, with the support of a palliative care team.”

Aslan formed in 1982 and became one of the most popular bands on the Irish music scene throughout the 1980s and 1990s. The band is best known for their hit Crazy World, a song Dignam wrote after his daughter was born.

Last September Aslan were forced to postpone what would have been the biggest concert in of their career in the 3Arena as a result of what was described then as a “setback” with the singer’s ongoing cancer treatment.

In this week’s statement, the family expressed gratitude to “everyone for keeping Christy in their thoughts and prayers and asks for privacy at this time.”

In a separate statement, Aslan said Dignam and all the members of the band were “devastated” that all future shows would be cancelled but said their thoughts were first and foremost with their lead singer and his family.

“As always Christy’s health has been and is our priority. It has been a tough road for us all but most of all for Christy,” the band said.