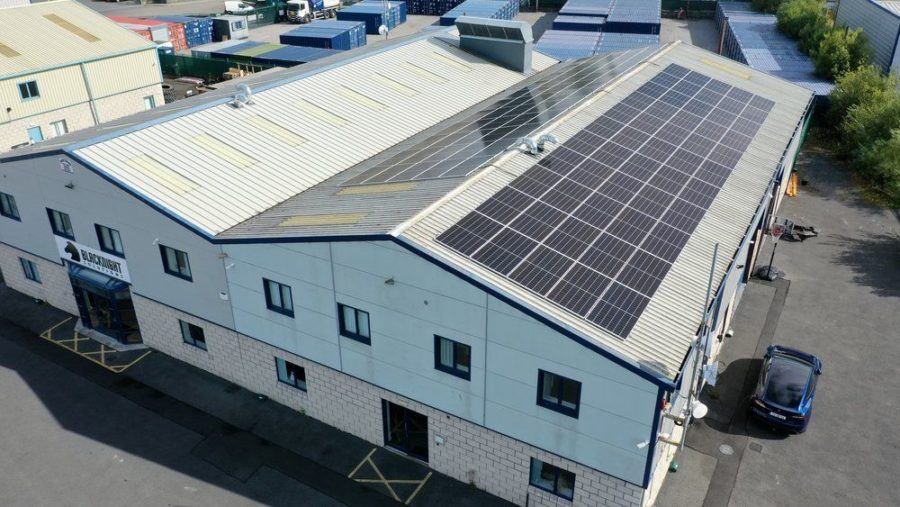 A CARLOW company hopes to generate almost all of its energy requirements from a new solar array on its roof. Blacknight, which is the country’s largest webhost and domain registrar, has installed a large array of solar panels on the roof of its Carlow headquarters.

According to Blacknight, the new panels will generate the equivalent power used by 12 typical Irish households in a year. In addition to powering most of its office electrical needs, it will also charge the electric cars driven by several staff.

The power generated from the panels will vary throughout the year. The peak output so far has been 45kW, but the typical output during winter has been 24kW. More information here.