Community group brings challenge against permission for 150 homes in Crumlin 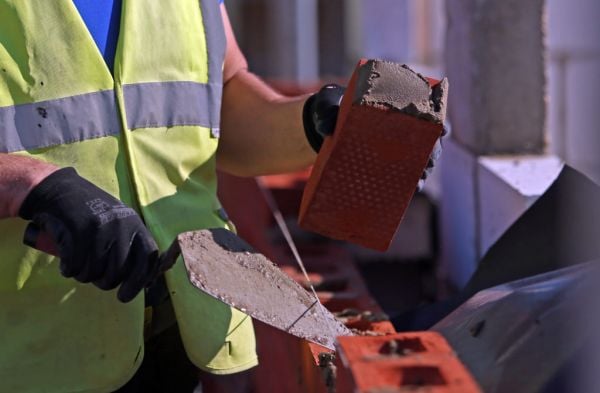 A community group is asking the High Court to overturn permission granted for the construction of 150 homes in Crumlin, south Dublin.

Bethmell Limited, which has a registered address in Walkinstown, Dublin, says An Bord Pleanála’s fast-track approval of the plans for the site of Glebe House is invalid for various reasons.

The permission was granted to Seabren Developments Ltd, which is led by Michael Moran of Moran’s Red Cow hotel.

An Bord Pleanála concluded the scheme would constitute an acceptable residential density and would not seriously injure the residential and visual amenities or architectural character of the area.

Two apartment blocks ranging in height from four to six storeys are planned, which Bethmell says represents a “significant over-development” of the site.

Last February the High Court quashed a previous planning permission granted to Seabren for the development of 152 units at the site. The orders came in response to a challenge by retired Crumlin resident Paul Brady.

Mr Brady, of Somerville Drive, is a director of new challenger Bethmell, which he says was incorporated last year to represent community members’ interests in the planning process “without fear of being victimised”.

Mr Brady claimed he received a legal letter from the developers saying they would seek to make him personally liable for any legal costs incurred in the event the new October 2022 permission was challenged by way of judicial review through the High Court.

The locals supporting the action “sincerely want” to see the site of Glebe House appropriately developed for housing, he said. However, he said, the designs of this planning permission does not achieve development that is appropriate for the location and is respectful of the setting.

Further, the group says the planning application is invalidated as it failed to identify the destruction of a part of the boundary walls of Glebe House, which are protected structures, was a material contravention of the local development plan.

The case was adjourned for one week when it came before Mr Justice Richard Humphreys on Monday. Bethmell still requires the court’s permission to pursue its action against the planning board, with Seabren and Circle VHA CLG registered as notice parties.