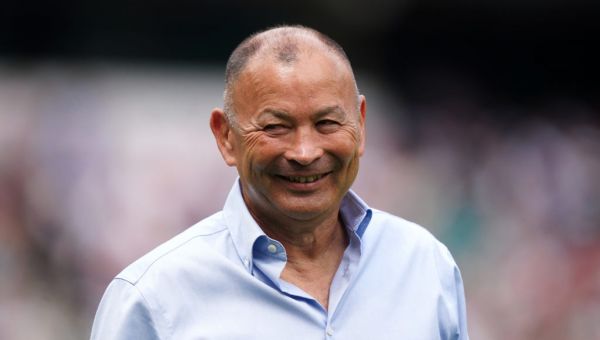 Former England boss Eddie Jones has been reappointed as head coach of his native Australia on a deal running to 2027.

Jones’ seven-year tenure in charge of England ended in December with his sacking after a run of results in 2022 that included six defeats and a draw in 12 matches.

The 62-year-old returns to the Australia helm, replacing Dave Rennie, having previously been in the role from 2001 to 2005, which included the Wallabies finishing as runners-up to England on home soil at the 2003 World Cup.

🦘 Excited to have Eddie back on board.

We’d like to thank Dave for his service to the team and wish him the best for the future.#Wallabies pic.twitter.com/TQJ6Awsbld

Coming back in ahead of the 2023 tournament in France that gets under way in September, Jones will also oversee the women’s team, the Wallaroos, and is set to start with Rugby Australia on January 29th.

Jones said in a statement from Rugby Australia: “It is a wonderful opportunity for me to be able to come home to Australia and lead my nation to a Rugby World Cup.

“It is going to be an immense period for Australian rugby – as a proud Australian, it is a great honour to be able to come home and lead the national team during these years.

“The Wallabies squad is a really talented group of players with good depth – if we can have everyone fit and healthy going into the World Cup this year, I am confident that we can go to France and break the 24-year drought of winning the Rugby World Cup.

“I saw how gutsy the Wallaroos were in the Rugby World Cup in New Zealand last year – it looks like there is a real spirit in that group that will drive the women’s programme forward ahead of their next World Cup in 2025.

“I am really looking forward to getting back home and getting stuck in.”

Rugby Australia chairman Hamish McLennan said: “It is a major coup for Australian rugby to have the best coach in the world return home to coach the iconic Wallabies and to oversee the Wallaroos programme.

“Eddie’s deep understanding of our rugby system and knowledge of our player group and pathways will lift the team to the next level.

“Eddie instinctively understands the Australian way of playing rugby – this represents an opportunity to secure a coach of immense expertise and experience at the biggest competitions, and we did not want to miss it.”

Jones had a winning record of 73 per cent across his time with England, and guided the team to three Six Nations, one Grand Slam and the final of the 2019 World Cup in Japan, in which they were beaten by South Africa.

Rennie departs after three years as Australia boss, and Rugby Australia chief executive Andy Marinos said: “I would like to thank Dave for his hard work and effort with the Wallabies – we are grateful for all that he has done for Australian rugby.

“Dave has been instrumental in developing much of the depth that we see in and around the current Wallabies squad; there are a number of players that are genuine World Cup possibilities because of opportunities that Dave has provided.

“The work ethic, the spirit within the group, and the way the team carries itself are all a direct result of Dave’s input – he has made a real mark on this group of players.”