How to drive safely on icy roads 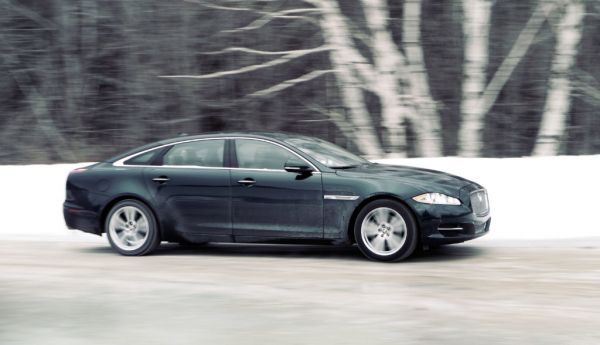 The temperature has dropped across Ireland, with icy roads becoming more of a danger.

Met Éireann has issued yellow weather warnings for ice covering large swathes of the country, with the cold snap potentially lasting until Friday.

On Monday, the forecaster said temperature and ice warnings would begin from 4pm, carrying into midday Tuesday, but with frigid temperatures expected to hang around for most of the week.

Its alert alluded to hazardous travelling conditions, particularly on untreated roads and paths, as well as “wintery showers” in the northwest and southwest. Snow may accumulate in higher areas.

That prompted the Road Safety Authority to issue its own warning of hazardous driving conditions on roads, exacerbated by showers of hail, sleet and snow, and with the potential for freezing fog.

Turning milder towards the end of the working week as rain from the west will bring milder conditions. 📈https://t.co/9gKN6SVok4 pic.twitter.com/gqbF8sQvPO

And while councils will be doing their best to grit the roads, ice can still form – especially on surfaces that haven’t been gritted, which are more likely to be rural roads.

“Driving in snow or ice can be treacherous, so try to drive as smoothly as possible,” advises AA spokesperson Tony Rich. “If it’s slippery, do everything slowly as things can go wrong very quickly.”

When it’s cold and there’s a risk of ice, drivers should…

It’s important to plan ahead when the weather’s bad, says Rich. “Before setting off, check the condition of your tyres, including the spare, and make sure you have enough fuel or electric charge for your journey.”

“Factor in enough time to de-ice your windscreen inside and out – it’s illegal to drive without full vision,” says Rich.

If you drive an automatic car, check your manual to see if your car has a setting for icy conditions, Rich recommends.

“Try to stick to the main roads, which are more likely to have been gritted,” advises Rich. “And inform someone of your intended route, particularly if you need to use rural roads.”

Rich suggests motorists should adjust their speed to suit the conditions, saying: “Leave plenty of room between you and the vehicle in front.”

If you’re travelling at a slower speed, you’ll have more chance of controlling the vehicle should it skid on ice.

If you hit ice, don’t hit the brakes

It may be your natural reaction to slam on the brakes if you feel the car sliding on ice, but that’s not necessarily the best way to stay safe.

“If you do hit black ice, keep calm and avoid sudden or aggressive manoeuvres,” Rich suggests. “Don’t hit the brakes, but lift off the accelerator fully and try to keep the steering straight, allowing the car to pass over the ice.”

It’s particularly important to leave plenty of room between you and the vehicle in front, warns Rich, who explains: “In bad weather conditions, remember a car’s stopping distance will be longer – braking distances increase by at least 10 times on snow or ice.”

Remain cautious even after the weather improves

In the days following snow or ice, remember that although most road conditions may have improved, black ice could linger in shaded areas and potholes may develop in some places.

“Treat roads with caution until weather conditions return to normal,” says Rich. “Just because the conditions might have improved on main roads, country roads or bridges might still be hazardous due to less traffic, or because they’ve not been gritted.”