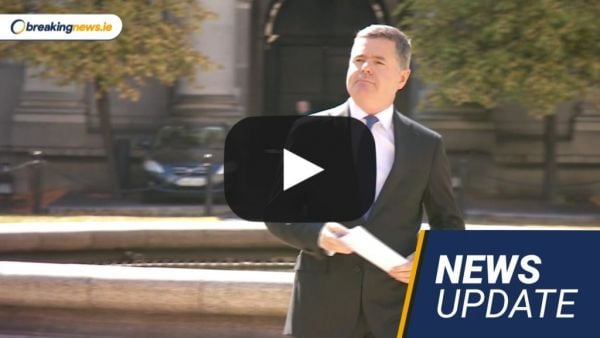 Minister for Public Expenditure Paschal Donohoe must “make a comprehensive statement” about donations made to his campaign during the 2016 general election, Sinn Féin’s spokesperson on Enterprise, Trade and Employment, Louise O’Reilly TD has said.

It emerged over the weekend that Mr Donohoe did not declare all services paid for during his 2016 campaign, leading him to recuse himself from some of his ministerial duties on Sunday as he apologised for his “mistakes” regarding the matter.

The Minister did not amend the record in 2017 or in November last year when asked about campaign work done on his behalf, Ms O’Reilly told RTÉ Radio’s Morning Ireland

A 42-year-old man has been remanded in custody pending a bail hearing after gardaí charged him with a serious assault on a man who died following a stabbing in Finglas in Dublin.

Brian Hogan (39), from the Finglas area, was found wounded at Collins Place on Friday at around 7pm on Friday but died a short time later.

The number of professional job vacancies available in Ireland in the fourth quarter of 2022 decreased overall by 17 per cent compared to the prior third quarter.

That is according to the Morgan McKinley monitor which measures the pulse of the Irish professional jobs market by tracking the number of new job vacancies and new candidates in the country each quarter.

They said the reduction is mainly due to the expected decrease in job vacancies for the month of December, which showed a 42 per cent sequential decrease from November.

A status yellow ice warning is currently in place for the whole country.

Hazardous travelling conditions are expected, especially on untreated roads and footpaths. Some patches of freezing fog are also possible.

In the last decade, the number of Irish billionaires has fallen from nine to eight, however, the number of people with €47 million, or who are worth over €4.7 million has more than doubled according to Oxfam.

Illustrating the economic inequalities that exist in Ireland and around the world, the Oxfam report cited information from Credit Suisse’s Global Wealth data which found the top 1 per cent of Irish society owns 27 per cent of the country’s wealth (€232 billion) and the top 10 per cent hold 64 per cent of wealth (€547 billion).