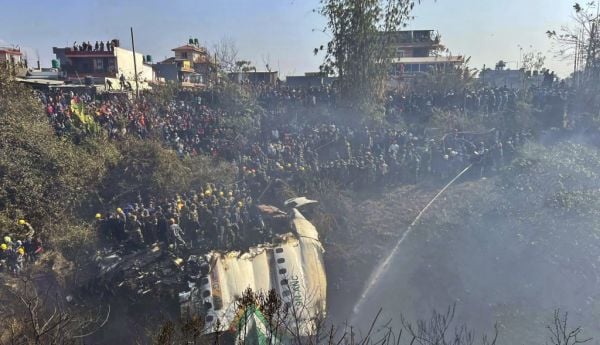 A passenger on the plane which crashed in Nepal on Sunday and who was described as Irish by Nepalese authorities is a UK national, it has been confirmed.

The man has been named as Ruan Calum Crighton.

His was among the names of passengers published by the Civil Aviation Authority of Nepal, where his nationality was listed as Irish.

“Our deepest sympathies go to all those who have been affected by this tragic plane crash.”

Seventy-two people were on board the Yeti Airlines flight from the capital Kathmandu to Pokhara, with the death toll rising to 68 on Sunday.

Fifteen foreign nationals were among those on board, according to Nepal’s aviation authority.

It was not clear what caused the crash, Nepal’s worst air accident in three decades.

The flight data recorder and a cockpit voice recorder have been retrieved from the site.