Two Irish face court in Spain over €850,000 of drugs seized after road crash 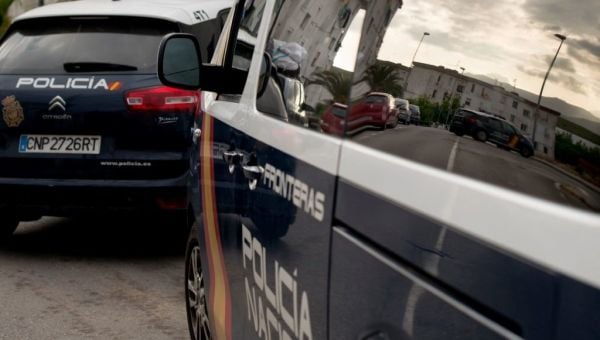 Spanish prosecutors are seeking prison sentences of more than five years for two Irishmen and a British citizen arrested on drug charges when police investigated a routine traffic crash.

Spanish drug squad officers arrested the trio and two other suspected gang members after seizing €850,000 of cannabis following the crash.

Reports at the time said the defendants were caught after an Irishman arrived to take charge of a van he owned, which a British pal was driving without a licence when he hit another vehicle in the Costa Blanca town of Elche.

The reports said the 46-year-old Irishman was found to be over the drink-drive limit when he arrived at the scene in a Peugeot van – and nearly 4 kgs of marijuana were discovered in the back of the crashed vehicle when both were searched.

A Bulgarian lorry driver who had stopped close by but left his engine running also ended up being held after officers discovered more drugs hidden in the back of his vehicle amongst crates of lettuce bound for Dublin.

And the following day cannabis and other incriminating evidence was found at a nearby warehouse where prosecutors say the vehicles had been loaded with the illicit goods due to be smuggled into Ireland.

On Monday it emerged the five men held have been warned they face up to five-and-a-half years in jail if convicted.

Prosecutors said in an indictment released ahead of their trial they are seeking four-and-a-half year prison sentences for each of the accused if they are found guilty of drug trafficking and another year in jail if they are convicted at trial of belonging to a criminal gang.

They have also indicated they want the men to pay a fine totalling €2 million. The five men have only been identified by their initials in the eight-page indictment.

They are all currently on bail and no date has yet been set for their trial.

The indictment does not mention that one of the two Irishmen held on October 1st 2021 failed a breath test after turning up at the scene of the accident to assist his friend.

But it details the roles each of the five suspects allegedly played, describing the Irish national who owned the Volkswagen Krafter van the British driver crashed as the man who arranged rental contracts through a Spanish firm for the warehouses and vehicles used as part of the operation to smuggle drugs into Ireland hidden amongst fruit and veg.

The three men who allegedly prepared, loaded and transported the drugs were another Irishman, the Brit and the Bulgarian according to Spanish state prosecutors.

A Spaniard whose job it was to locate warehouses and machinery needed for the drug smuggling operation was the alleged fifth member of the alleged gang.

The material seized during the vehicle and warehouse searches included a weighing scale, bags with marijuana buds inside and cannabis resin in 25 six-kg bags.

The indictment states: “The substances seized would have been worth €851,989,15 on the black market.

“The drugs confiscated from the accused men were going to be sold to third persons for profit.”

The second Irish national held, a 42-year-old whose passport was discovered in his compatriot’s van at the crash scene, was already in custody over an unrelated break-in earlier the same day.

He was taken to hospital after injuring himself in a fall while he allegedly trespassed at a commercial premises near to the crash scene.

Police were said at the time to be still hunting two suspected accomplices they believed could be Irish friends of the alleged intruder who fled and left him behind.

The traffic accident involving the Brit was a minor one but the Spaniard he bumped into called police because he couldn’t get the other man to understand him.

The extraordinary sequence of events resulted in the criminal probe which ended with the five men being charged.

In the early stages of the investigation the Bulgarian lorry driver told police he had no idea he was carrying marijuana and cannabis.

He said he was asked to stop in Elche by his transport firm boss for a “quality control check” after leaving the neighbouring province of Murcia with a lorry-load of lettuces and was met by the Irishman later allegedly found to be over the drink-drive limit.

The 57-year-old told police he suspected the drugs were hidden in his legal cargo while he was invited to eat at a nearby McDonalds after leaving his vehicle at the warehouse searched by police.

His claims of innocence did not prevent him being charged by prosecutors. It is not yet clear how any of the five suspects will plead when their trial starts.